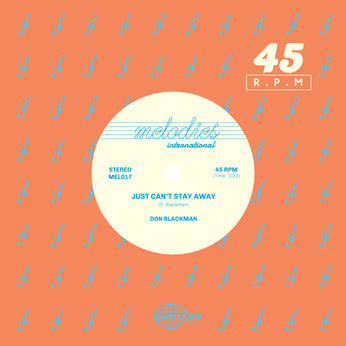 Don Blackman was an American pianist, singer and songwriter from Jamaica, Queens in New York. Better remembered for his seminal self titled album released in 1982 on Arista, with anthems such as Holding You, Loving You; Heart’s Desire or Never Miss A Thing, his influence stretches much further.

Blackman played in his younger days with household acts such as Parliament-Funkadelic, Earth,Wind and Fire and Roy Ayers, and through collaborating as a songwriter and session musician with artists such as Kurtis Blow, Bernard Wright, Roy Ayers or Weldon Irvine, his unique brand of jazz/funk soul would go on to inspire whole generations of artists and music lovers alike.

Blackman’s cult status has also been cemented by crossing over into Hip-Hop, getting sampled by the likes of Madlib, Jay-Z, Slum Village or even famously in Snoop Dogg’s Gz and Hustlas (Haboglabotribin with Bernard Wright).

DJs have been playing the tune for some years now but it’s in 2018, whilst Floating Points was DJing in the US and played Just Can’t Stay Away, that Blackman’s children, Kyle and Irene happened to be in the crowd and a connection was made.

Carefully remastered, MEL017 is presented in 7-inch format for the first time, comes with a 14’x14’ poster and will be available digitally as well, out early August!