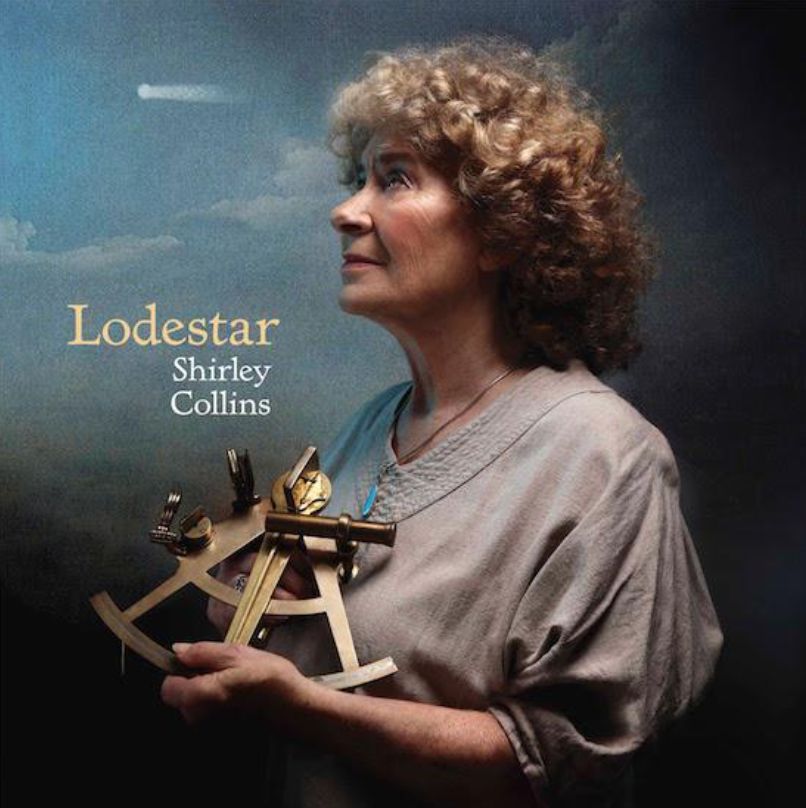 Lodestar is a collection of English, American and Cajun songs dating from the 16th Century to the 1950s, recorded at Shirley’s home in Lewes by Stephen Thrower and Ossian Brown of Cyclobe and produced and musically directed by Ian Kearey. Though Shirley Collins (MBE) has been absent from the music scene for many years, her impact has not diminished, the likes of Graham Coxon, Jonny Greenwood, Stewart Lee and Angel Olsen laud her and a documentary The Ballad of Shirley Collinsis currently in progress.

Additionally, she was given the ‘Good Tradition’ award at the BBC Radio 2 Folk Awards in 2008, elected President of the English Folk Dance & Song Society in the same year and was awarded an Honorary Doctorate in Music from Sussex University this year. Shirley released her first memoir, America Over the Water, in 2004 and is currently working on her second book. Now Shirley Collins has sung once more (with a mischievous delight in defeating expectation), the accepted canon of her great recordings will have to be comprehensively recalibrated, yet again.