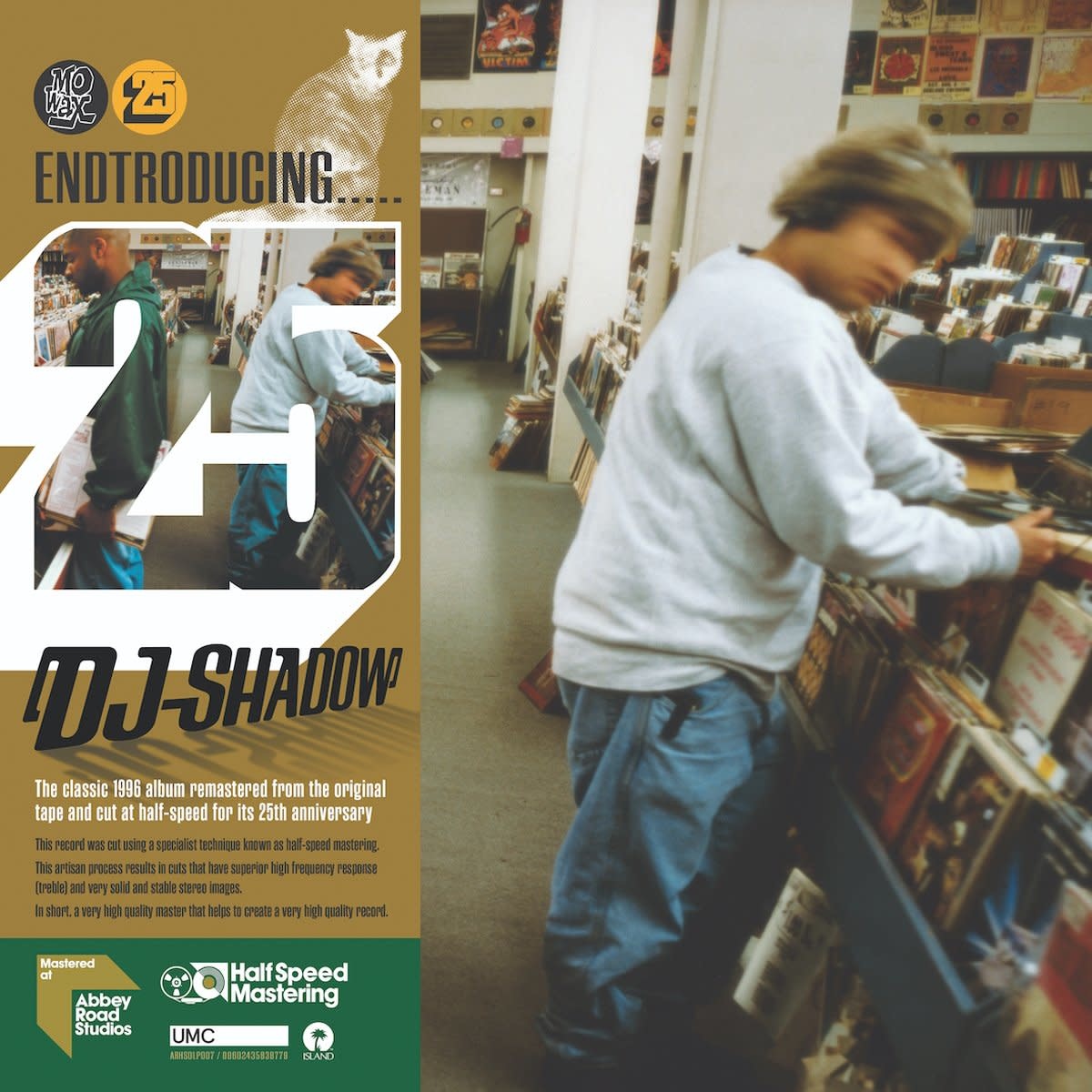 A seminal, incredibly influential hip hop release (also regarded as pretty much the last word in instrumental ‘trip hop’, a term used a lot at the time), Endtroducing is simply one of the defining albums of the 90s. It is famously also the first record ever made entirely from samples of other people’s records – with a particularly broad array of sources used, many mined from the catacomb-like basement under the artist’s favourite record store in Sacramento, which has long since closed its doors. This is the store pictured by photographer B+ on the album cover and in many other shots included in the package.

To celebrate the 25th anniversary of the album UMC are proud to present this Abbey Road Half Speed Mastered edition.