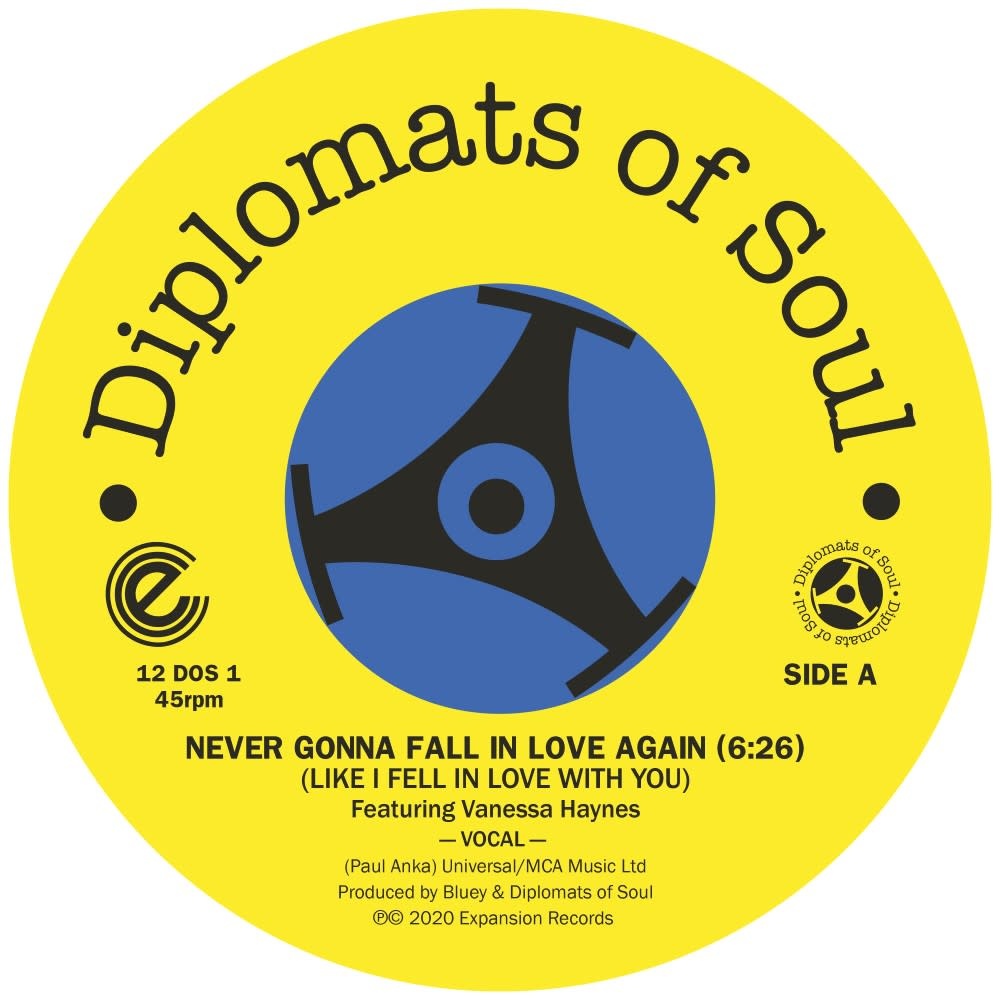 Beginning as a mystery Diplomats Of Soul (D.O.S) 12” release in September, this record raised multiple questions: was it new? Was it old? Was it a bootleg? Who are D.O.S? Soon the limited edition 12” pressing release, serviced to a handful of DJs and tastemakers, was commanding £100 online. The record is a re-make of a Carmen Amez disco/boogie record from 1983 - which itself trades for over £200 on a questionable quality pressing - that demanded a freshly re-recorded version with strings, horns, bells, whistles and Vanessa Haynes on vocals. The song was originally a Paul Anka composition/ recording but this version has Diplomats Of Soul in collaboration with Incognito’s Bluey and an outstanding cast of UK musicians. D.O.S. and Bluey previously worked together on renditions of Sweet Power Your Embrace and Brighter Tomorrow. Puzzle solved!