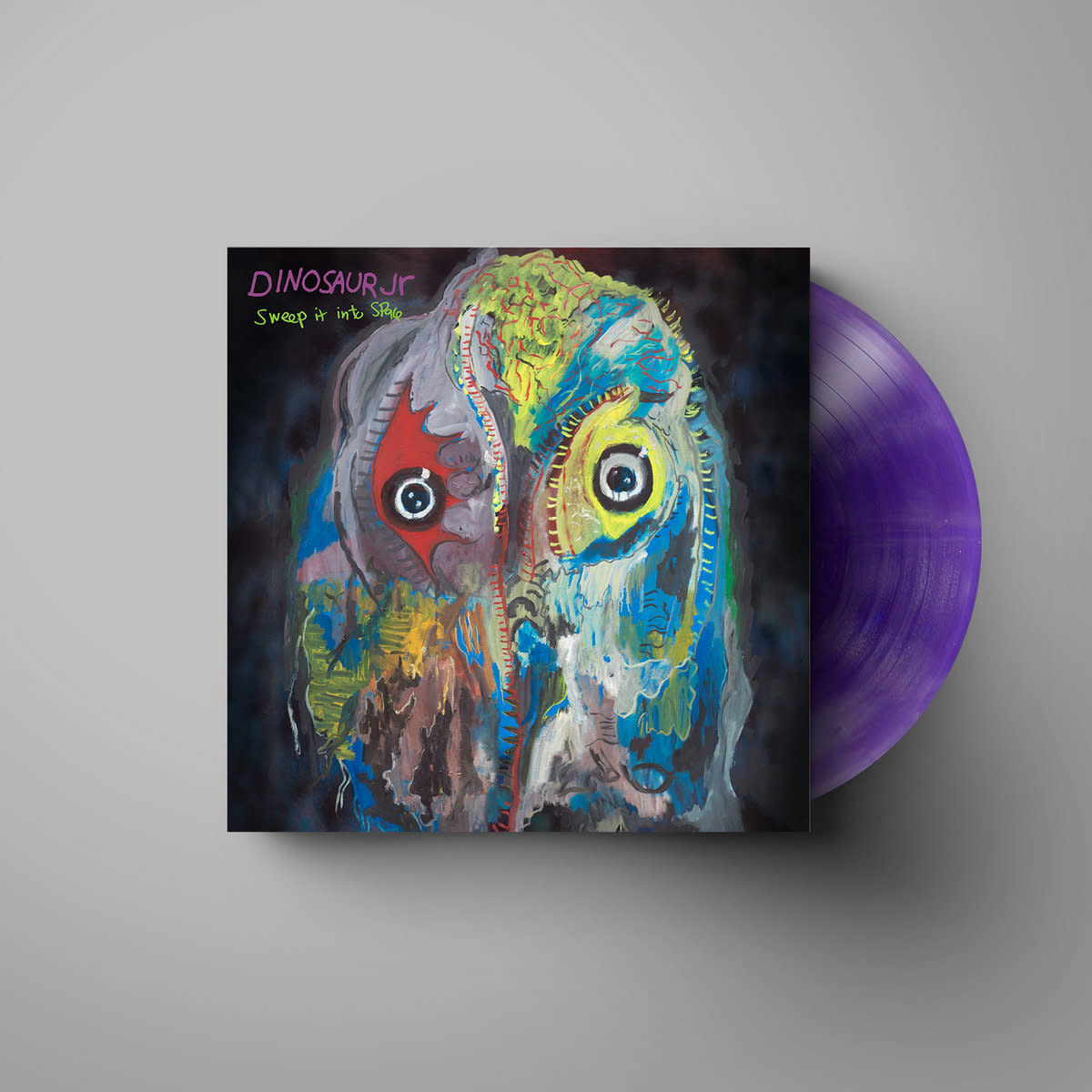 Here is Sweep It Into Space, the fifth new studio album cut by Dinosaur Jr. during the 13th year of their rebirth. Originally scheduled for issue in mid 2020, this record’s temporal trajectory was thwarted by the coming of the Plague. But it would take more than a mere Plague to tamp down the exquisite fury of this trio when they are fully dialed-in. And Sweep It Into Space is a masterpiece of zoned dialing. Recorded, as usual, at Amherst’s Biquiteen, the sessions for Sweep It Into Space began in the late Autumn of 2019, following a West Coast/ South East tour. The only extra musician used this time with Kurt Vile. Indeed, Sweep It Into Space is a very cool album. As is typical, Lou Barlow writes and sings two of the album’s dozen tunes and Murph’s pure-Flinstonian drumming drives the record like a go cart from Hell. Lou’s songs here are as elegant as always. But there are very few moments where you wouldn’t know you were hearing Dinosaur Jr. in blindfolded needle drop. They have a signature sound as sure as the Stooges or Sonic Youth or Discharge ever did. They continue to expand their personal universe with Sweep It Into Space, without ever losing their central core. 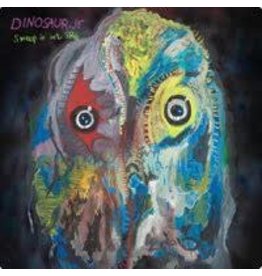 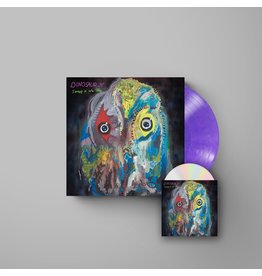