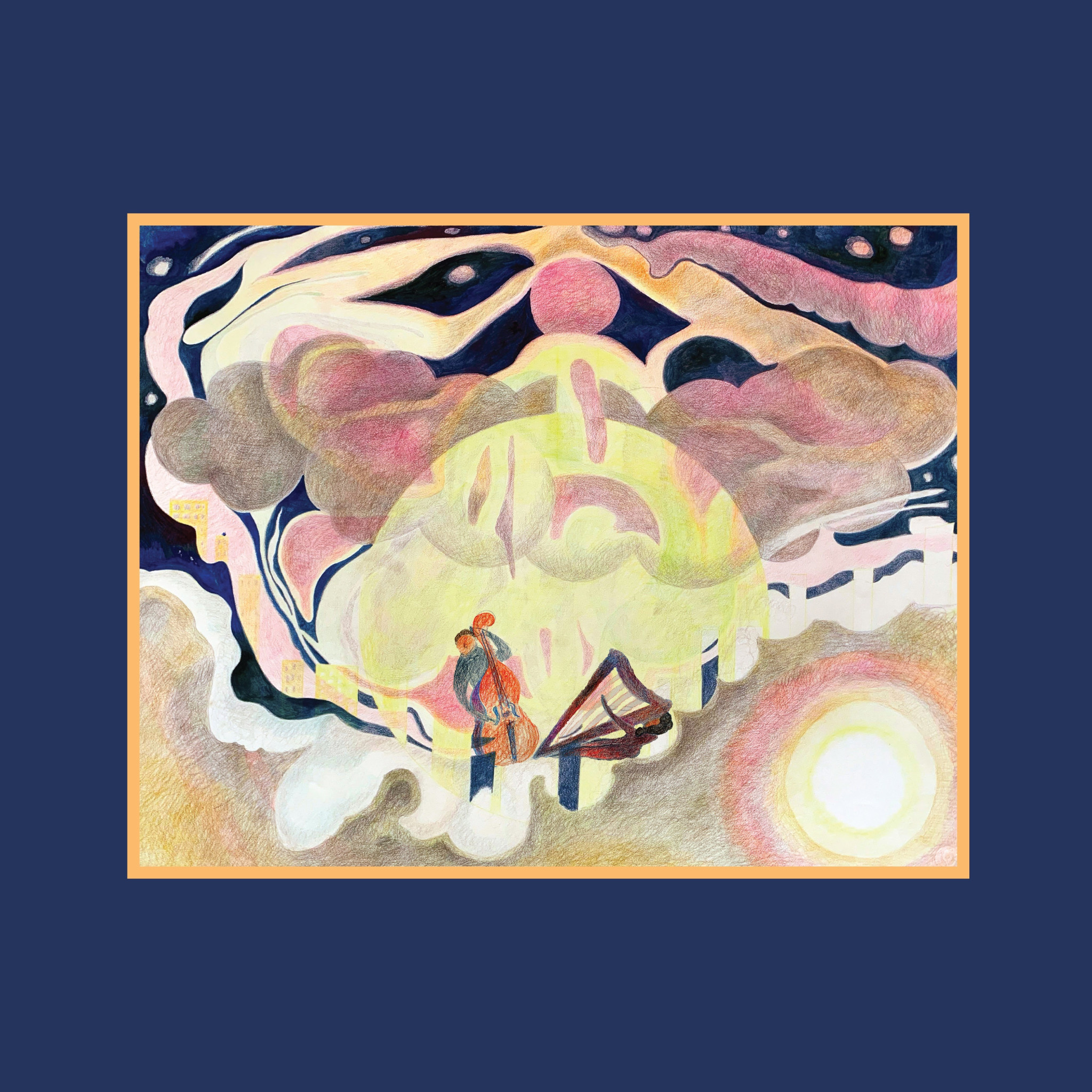 In March of 2020 bassist Dezron Douglas and harpist Brandee Younger were nestled in their apartment in Harlem, New York, not long after every live concert in the world was cancelled and most folks in the United States were forced to shelter in place for the covid lockdown. With all their gigs cancelled and their incomes strapped.. the two came up with an idea. They would host a live-stream performance from their living room, where they would perform classic tunes for friends and family to watch online, and folks could send them donations. They called it Force Majeure: Brunch in the Crib with Brandee and Dezron, the first part in homage to the ubiquitous contract clause that never seems to have any use (except all of sudden, c/o a covid-induced live music industry collapse). The immense popularity of their first performance roped them into doing it again, and again, until it eventually became a weekly ritual for Douglas, Younger, and their many friends and family who tuned in every Friday morning (ourselves included). What’s heard on this album, Force Majeure, is a collection of highlights from Douglas and Younger’s legendary lockdown livestream brunch sessions. It includes gorgeous interpretations of songs by Alice and John Coltrane, The Stylistics, The Jackson 5, Pharoah Sanders, Kate Bush, Sting, and The Carpenters… plus some solid gold nuggets of their banter between tunes. Dezron Douglas and Brandee Younger are long time companions in life and in music. The two East Coast natives met early in life and have accompanied each other, personally and professionally, through their equally prolific careers. Douglas, a bassist who has established himself as a musician’s musician, is known to many for his work with Pharoah Sanders, Ravi Coltrane, David Murray, and Keyon Harold. Younger, a harpist who has distinguished herself as one of the premiere voices in her field, is known for her work with Jack DeJohnette, Charlie Haden, Stevie Wonder, The Roots, Lauryn Hill, and Moses Sumney. To the day Douglas and Younger often accompany each other in many of the ensembles they lead, respectively. The two played together in sessions for Makaya McCraven’s 2018 release Universal Beings, on which they are both featured artists. Of Force Majeure, McCraven says: “It’s a testament to the power of music to uplift us through the most challenging times."