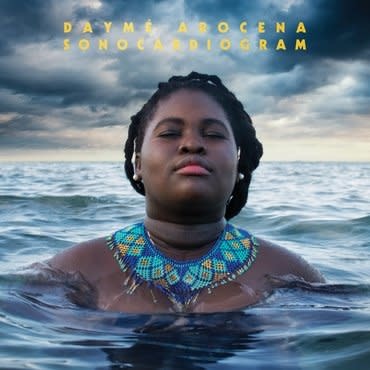 The new album from Daymé Arocena is a vivid return to her Havana roots. Backed once again by a killer band of fellow Cuban musicians, the visionary singer, composer and songwriter has stripped everything back to the core. Holding sessions in a simple, repurposed artist’s studio in Havana, Daymé produced the record herself, taking the reins to make Sonocardiogram her most raw and arresting outing yet. A jazz-tipped record rooted in the rhythms of rumba, she draws on the island’s intertwined rituals of family, music and religion. Ringing with echoes of the greats, songs nod to the likes of Tito Puente and La Lupe, inspirations which carry the sound of Cuba’s sun-baked, vibrant daily existence. Odes to Santería deities are underscored by the sacred frequencies of the batá drum, translated to be played on a Western drum kit. It’s an intoxicating window into a singular artist’s worldview.