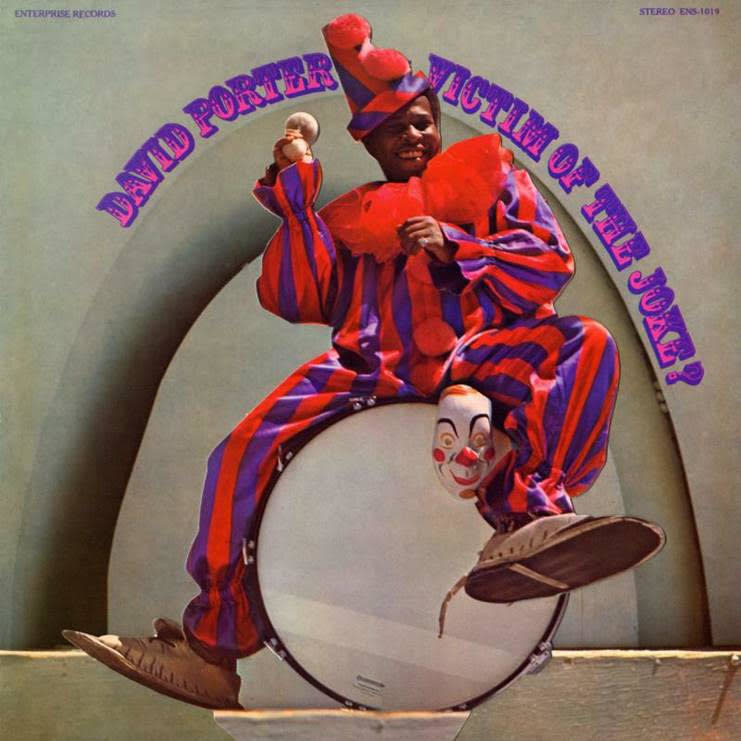 The 1971 concept album, Victim of the Joke?...An Opera is the third solo LP from the acclaimed producer, songwriter, and singer David Porter. Listed as one of the “100 Greatest Songwriters of All Time” by Rolling Stone, Porter established his career at Stax, working alongside writing partner Isaac Hayes. Together, the pair wrote over 200 songs, including Sam and Dave’s Soul Man and Hold On, I’m Comin’ and Carla Thomas’ B-A-B-Y. Much like Hayes, the songwriter also took time to record as a solo artist, and this ambitious LP stands as a testament to his endless creative spirit. Victim of the Joke pairs original pop-infused soul music and covers (including an infectious rendition of the Beatles’ Help!) with interludes of dialogue and sound effects to tell the story of a love affair. Porter’s searing rendition of the standard (I’m Afraid) The Masquerade Is Over has been sampled in over 35 songs by artists like The Notorious B.I.G (Who Shot Ya), the Wu-Tang Clan (Duel Of The Iron Mic) and Madlib (Medicine Dub). This is the first-time Victim of the Joke? has been reissued on vinyl.