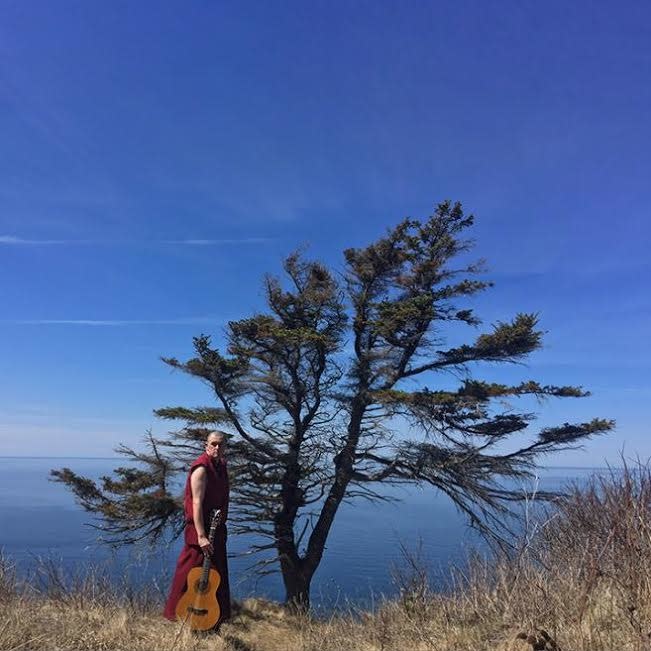 Monastic Love Songs continues the tradition that David has established over the course of five albums with Red River Dialect: using a song cycle to articulate a relationship with inner and outer landscapes, inspired by the Taoist approach of observing the movement of the heavens in order to understand the cosmos within, and vice versa. The joyful closing track Inner Smile was initially written as a poem of thanks to his Tai Chi teacher Hollis and takes its name from a Taoist practice. The songs were written during the final weeks of a nine-month retreat at Gampo Abbey, a Buddhist monastery in Nova Scotia where David took ordination as Buddhist monk. The album title is sincere, with a little tongue-in-cheek. The songs mostly explore human relationships within the community, with outliers: Gone Beyond shimmers with cosmic devotion, in Rhododendron a reverie grows from the shadow of a flower. Steadfast concerns the love to be found beyond the urge to like and be liked, when you can’t avoid that difficult person. David considers this album to be a follow up to 2015’s Tender Gold and Gentle Blue. The cover of that lp featured an image of him on top of Skellig Michael, in the years before the island was made famous as the home of the Jedi. He considers the visit to that abandoned Celtic monastic site to be one of the influences that stirred up his motivation. Skeleton Key speaks of what was given up to go, and what he was giving up to leave, referencing the Tibetan concept of the ‘bardo of becoming’.