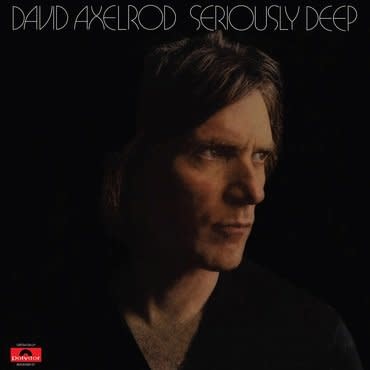 Seriously Deep, his lone album recorded for Polydor is an unheralded gem of jazz-rock fusion. On Seriously Deep, Axelrod dispenses with the heavily orchestrated measures of previous works to conduct a powerhouse crew of session musicians, including Leon Ndugu Chancler of Santana on drums, Mailto Correa on percussion, Jim Hughart on bass, Joe Sample on electric keys, and many others, with production from frequent Axelrod collaborators Cannonball Adderley and Jimmy Bowen. Seriously Deep is an obscure release, but also one of David Axlerod's tightest, and most exploratory ones. Across six tracks, Axelrod and his collective of players dip in and out of bounding jazz-funk, Afro-Latin grooves, cinematic flourishes, psychedelic synth washes, and blaring big band horns. It's a singularly insular curiosity of musical impressionism that's equal parts brooding and joyous, a definitive part of Axelrod's discography, and a well of sample material for tracks by Mobb Deep, Large Professor, The Black Eyed Peas, and Beanie Siegel, among others.