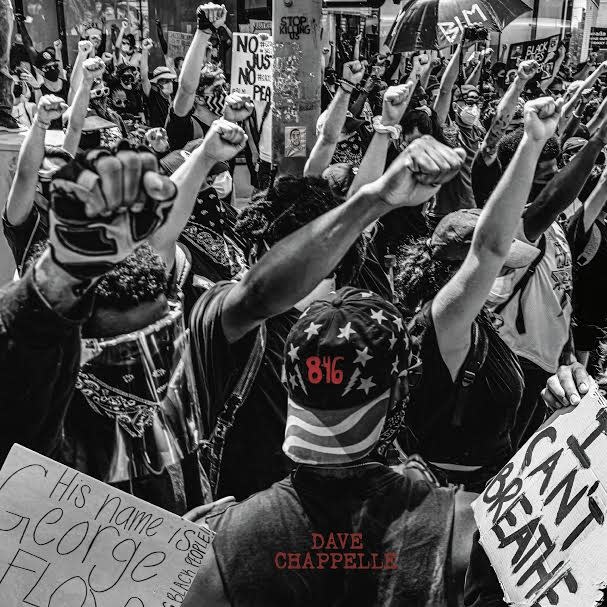 Third Man Records releases a special limited edition vinyl of Dave Chappelle’s viral video, 8:46. “Every portion of this project, from the performance, the directors, the sound mix and mastering, the design and photography, everything...was from artists who graciously donated their time and efforts. The proceeds will go primarily to the Duke Ellington school of the arts, my Alma mater. While I was a student there they instilled in me the notion of activism through art. We need more soldiers for great causes on the stage,” - Dave Chappelle. The video and subsequent album, is a searing rumination in the aftermath of the murder of George Floyd that ingited worldwide outrage and led to protests on race inequality, police brutality and the criminal justice system. Filmed in Ohio on June 6, during the COVID-19 lockdown, 8:46 addresses one deadly plague, while in the grips of another. The B-side of the album features poet Amir Sulaiman’s performance of My Insides Out and We Must Win, also recorded in Ohio. It also includes White Noise, 8 minutes and 46 seconds of silence in remembrance of George Floyd and the countless victims of police brutality and systemic racism. The album cover and artwork features performance, backstage photos from Chappelle’s concert as well as images from various George Floyd protests in Los Angeles, CA, all taken by Grammy-nominated artist and photographer Mathieu Bitton.