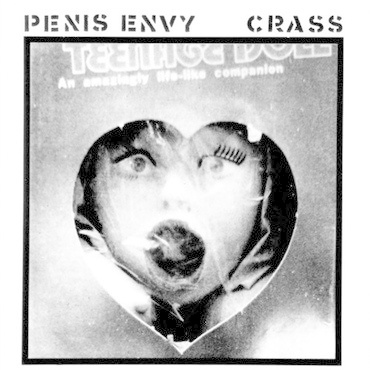 The album has been remastered by Alex Gordon at Abbey Road Studios, as close as possible to the sound of the original release. Penis Envy, released in 1981, was the third LP by Crass. Eve Libertine takes the lead vocals throughout the album (the one exception being de Vivre's turn on the unnerving portrayal of hospitals and waiting for death, Health Surface). A powerful and challenging record, Penis Envy uses the brutal, cruel description of sexism and rape on the opening track, Bata Motel, as a launching point for a comprehensive rip through societal control and repression throughout. Smart enough to target everything from the mechanics and business of selling romance (Smother Love) to gender stereotyping (Systematic Death) and back again, lyrically the sharpest cut is toward those who choose to accept such a system rather than reacting back against it. Features fold-out poster sleeves and is an exact replica of the original pressing.