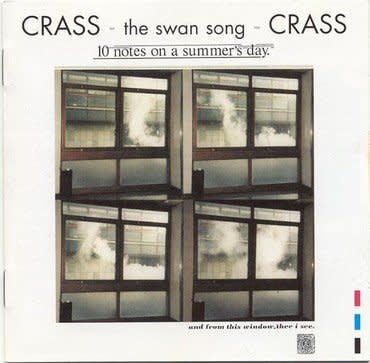 The last Crass album, completed and released shortly after the group's long-planned breakup and end of live performance in 1984, is more of an EP than anything else, totaling only twenty minutes long. Perhaps inspired in part by the side project Acts of Love album, Crass here takes a sometimes gently grooving tone, while lyrically the more blunt accusations of the past are turned into careful self-examination. It was released in 1986 and consists of a vocal and instrumental version of the same tracks in an avant-garde musical style.