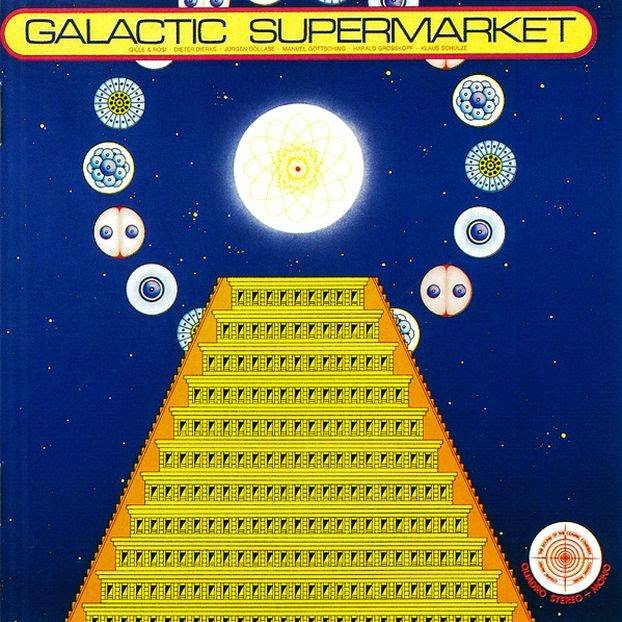 The second Cosmic Jokers album, though originally not released under their name, offers another pair of sidelong roller-coaster rides into the cosmic void from the same musicians as the first album, with added vocals from guitarist Göttsching's girlfriend, Rosi Muller, and producer Kaiser's girlfriend Gille Lettmann. Though not quite as organic or as unusual as the first record, Galactic Supermarket rocks even harder in some sections, and gets even further out into space in others.