Screamin' Jay Hawkins - Because Is In Your Mind

Home / Screamin' Jay Hawkins - Because Is In Your Mind 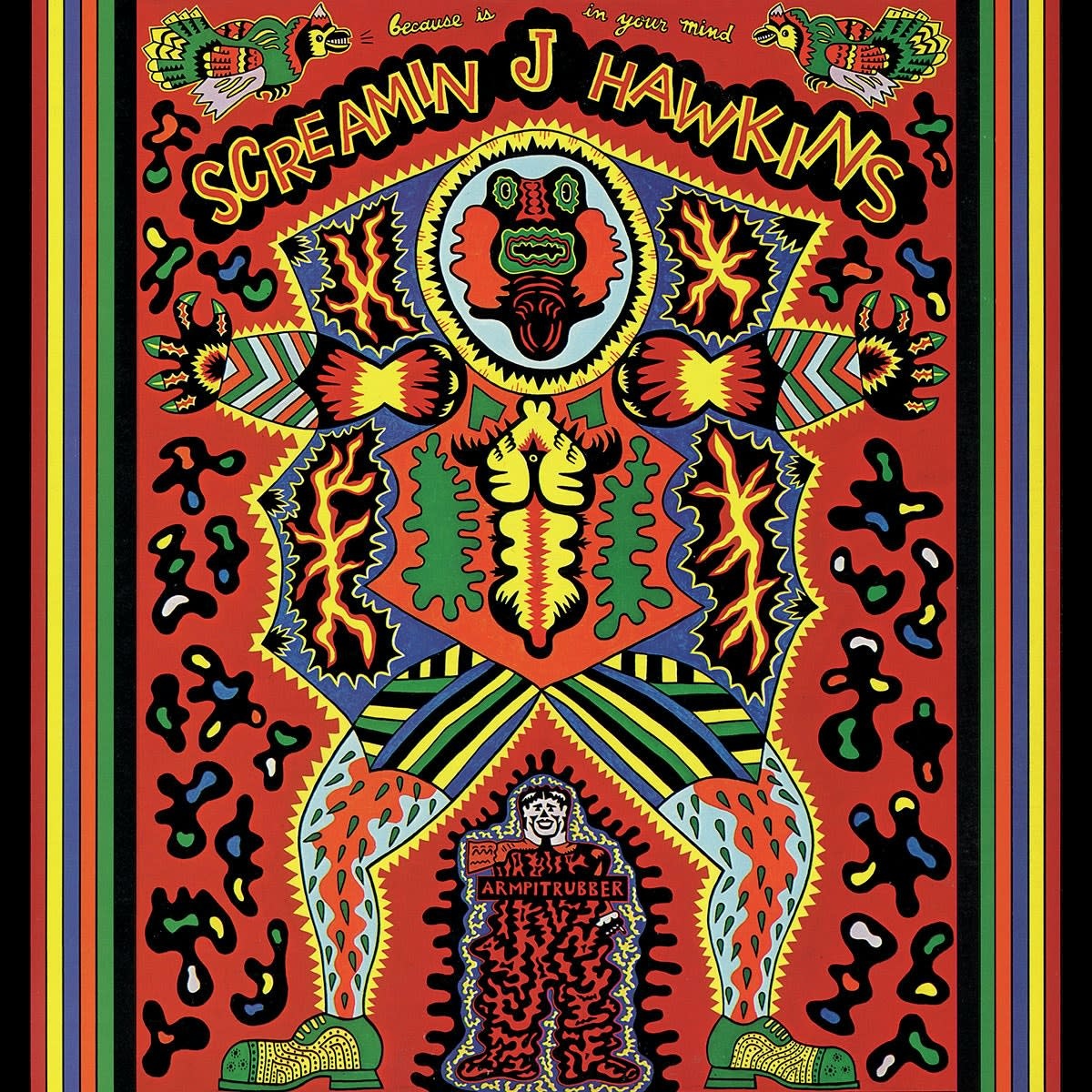 Recorded in 1970, Hawkins’ fourth album finds the artist at a point of transition. Although Jay had found commercial success and his sales surpassed one million units, he had grown somewhat weary of his shock/voodoo/bogeyman persona and wanted to be taken more seriously as a singer. Luckily for us, Jay only tones down the yelling and the crooning and the grunting and the groaning marginally. The tracks here are every bit as wild as you would hope and a bit more mature (note: a very little bit).

Because Is In Your Mind, also known as Armpitrubber, is packaged in a wonderfully psychedelic painting by Karl Wirsum of the hugely influential Chicago art collective The Hairy Who.