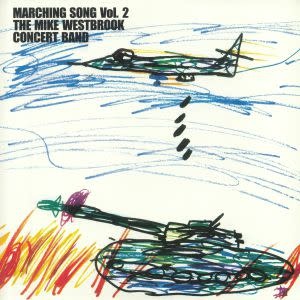 Mike Westbrook's two-volume Marching Song work, issued simultaneously on two separate LPs in late 1969, is rightly considered a major statement in British progressive jazz of the era. Arguably, however, they are albums that were intended to be heard together -- especially since the second volume identified its LP sides as "side three" and "side four" -- and were perhaps issued separately upon initial release for marketing reasons. In fact, they are available in one package on a 2009 two-CD edition on the Righteous label. Heard on its own, however, Marching Song, Vol. 1 is still an impressive record, even though the commentary upon war it's usually judged to have been making only makes complete sense when it's heard as the first of a two-volume series. If this suite of sorts is meant to mirror the folly of war, as critics have sometimes speculated, it's not one that always engages in full-on conflict. Instead, it might be interpreted as reflecting the varying shades of war, from the exuberance of patriotic pride and preparation many nations feel upon entering armed conflict ("Hooray!") to the aimless confusion plenty of soldiers and civilians feel as things get bogged down ("Other World"). While more often than not the compositions and ensemble playing are on the avant-garde side, at times they burst into rather buoyant progressive big-band arrangements (the title track), even if that quickly succumbs to the tenser and most disquieting sides of its undercurrents. Not all of the pieces are that challenging; the piano-dominated "Landscape" has a serenity that would appeal to any Bill Evans fan, for instance, while "Waltz (For Joanna)," undoubtedly the LP's highlight, matches extremely Coltrane-ish interplay from the lead instruments with more swing-oriented backup than classic-era Coltrane was wont to employ. Westbrook and his band certainly went into edgier, more confrontational moods on Marching Song, Vol. 2, however, one reason that sequel has to be heard to judge all of this album's tracks in their most appropriate context. 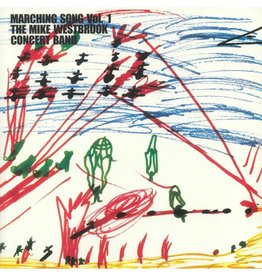 Rightly considered a major statement in British progressive jazz of the era.
Mike Westbrook Concert Band - Marching Songs Vol. 1
£14.99
By using our website, you agree to the usage of cookies to help us make this website better. Hide this message More on cookies »