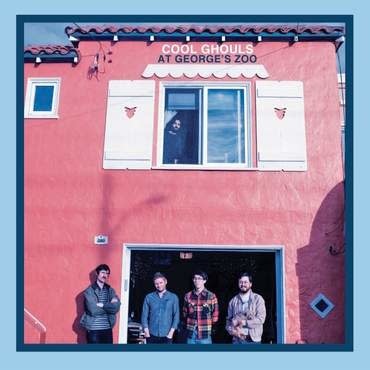 Cool Ghouls - a band fledged in San Francisco on house shows, minimum wage jobs, BBQ's in Golden Gate Park and the romance of a city’s psychedelic history turns 10 this year. What better a decennial celebration than the release of their fourth album, At George's Zoo! These guys have a real commitment to elevating as songwriters, musicians and ensemble players. It's always been for the music with Cool Ghouls and this long-awaited self-produced outing is a track by track display of the ground they've covered and heights they can achieve. At George's Zoo is a beautiful keepsake from the Before Times when we used to stand in living rooms together while bands played.