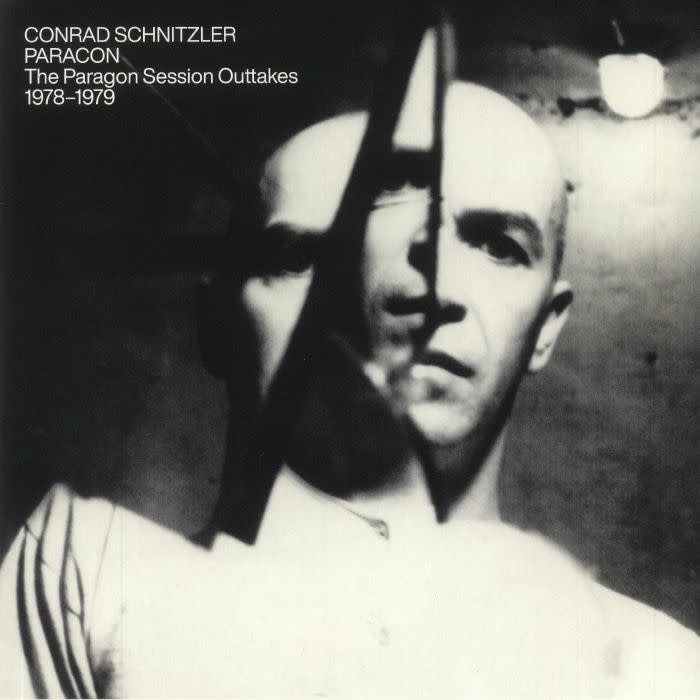 Conrad Schnitzler is incredible. I would dearly have loved to meet him, to have been present when he, Seidel and Baumann were working their magic at Paragon Studio. Fortuitously, Wolfgang Seidel, co-author of these pieces, has opened up his archive of recordings to the Bureau B label. He and Conrad Schnitzler spent many years together experimenting with sound, capturing the results on the two Consequenz albums, amongst others. I had the honour of meeting Wolfgang Seidel at the Golden Pudel Club during the 2018 Eruption Festival. Ken Montgomery, who worked with Schnitzler in New York towards the end of the 1980s, was also there. The concerts and performances were hauntingly powerful, infused with the spirit of Schnitzler's music and utopian vision. These entirely instrumental recordings were created in the late 1970s at Peter Baumann's Paragon Studio. In my opinion, this stellar period gave rise to the finest works: the Con, Consequenz and Con 3 albums, featuring such wonderful pieces as Fata Morgana, Coca and Auf dem schwarzen Kanal. These recently discovered pieces take the aforementioned albums a stage further. Sounds complement each other as they are reprised, whilst continuing to exist in their own cosmos. As you listen, you feel as if you have been transported back into the studio itself while the sessions are happening. One surprise follows another - the third track sounds like clocks ringing at a pitch which only a bat could really hear. Numbers 5 and 6 are not so far removed from abstract techno tracks by Jeff Mills, albeit with rather more swing, floating in upper tone sequences reminiscent of the American composer Conlon Nancarrow. Nr. 8 is an absolute dream/wave piece, sounding like a relation of the (then) emerging Throbbing Gristle project. The 10th piece is my personal favourite, evoking a wave-romantic atmosphere which might lead you to believe that Conrad Schnitzler had been listening to The Cure. Schnitzler is electronica in its purest sense. He succeeds in rendering the unconscious audible. This goes far beyond "music to listen to", it is music which works on different levels, music to move you.