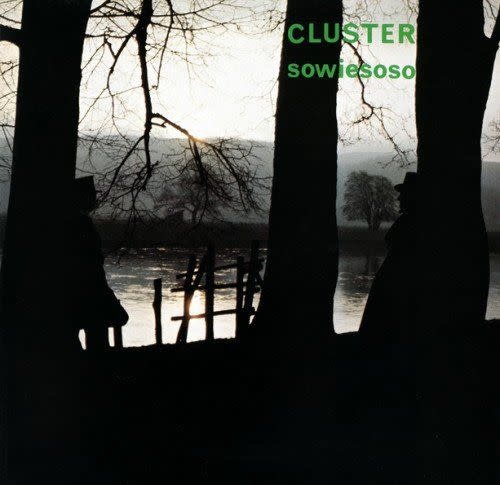 Cluster's 4th album was originally released in 1976. The evocative toybox melodies (usually the Roedelius compositions) on 1974's 'Zuckerzeit' reached their peak with 'Sowiesoso', courtesy of ambling pieces like 'Dem Wanderer,' the title track, and the vaguely oriental 'Halwa.' the drum programs are still irresistibly simplistic (not to say simple), but even when 'Sowiesoso' stretches out into primarily beatless terrain ('es war einmal,' 'zum wohl'), the album retains its power.