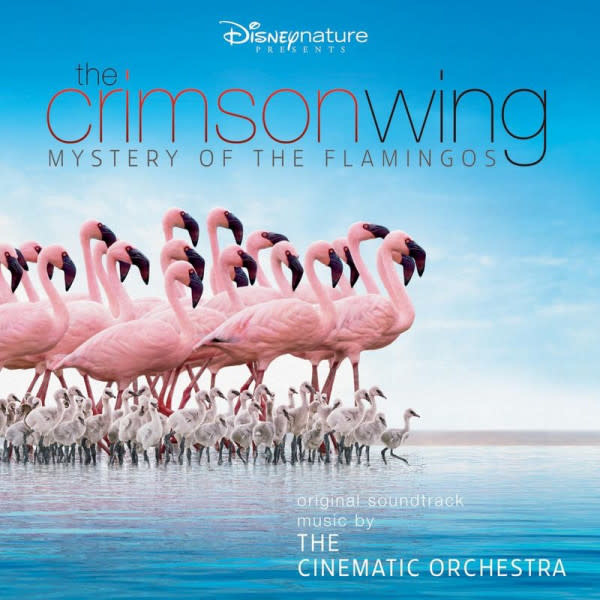 Released for the first time on vinyl – The Crimson Wing – Mystery of The Flamingos by the Cinematic Orchestra. Originally released in 2009 on CD and download, Record Store Day sees the soundtrack issued for the first time on 2LP coloured vinyl - pink! The soundtrack accompanied The Crimson Wing: Mystery of the Flamingos a 2008 British-American nature documentary that explored the massive gathering of lesser flamingos in Tanzania. It was the very first movie released under the Disneynature label. In what may have seemed an unusual move at the time the producers of the film wanted to find a popular artist they liked and combine them with the truly striking imagery the film would produce. This led them to the critically acclaimed British jazz-electronic group Cinematic Orchestra who would go on to compose and perform the soundtrack. Produced by The Cinematic Orchestra and Steve McLaughlin with score orchestration by Teese Gohl it was performed at Air Lyndhurst by The Cinematic Orchestra and the London Metropolitan Orchestra. A deeply evocative soundtrack the multi-layered instrumentation captures beautifully the story of these mysterious creatures.