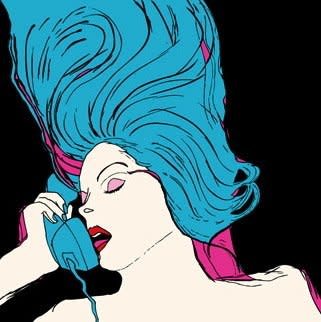 The late 2007 arrival onto the cosmic / Balearic revival scene by Italians Do It Better has given the whole post-punky druggy disco sound a real lift, and none more so on the label's outfit Chromatics. Previously a dodgy punk band, Chromatics saw the light and slimmed down to the three piece we have now (Johnny Jewel - also half of other IDIB music makers Glass Candy - Adam Miller and vocalist Ruth Radalet), totally changing their musical direction on the way. Dreamy, sensual, atmospheric, Night Drive sounds like another re-discovered gem from the Daniele Baldeli era, right down to the Kate Bush cover version.