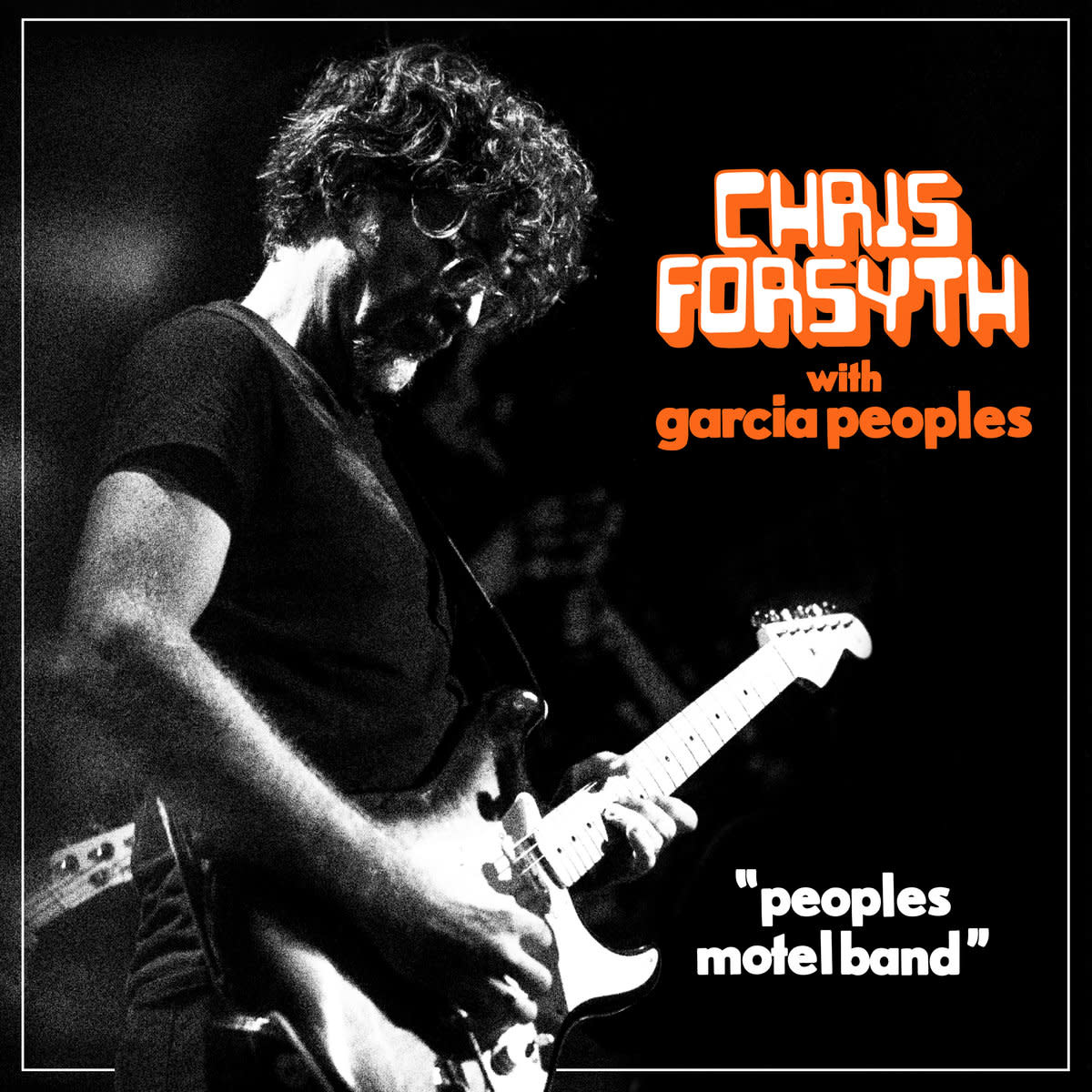 Over the past decade or so, Chris Forsyth has produced a series of perennially year-end list haunting studio albums of expansive art-rock, from 2013’s Solar Motel to 2019’s All Time Present , in the process becoming one of the leading lights of the so-called “indie jam” scene, musicians combining omnivorous influences with post-Dead sprawl. These critically lauded albums have established Forsyth as one of today’s most unique and acclaimed guitar player / composers - a forward thinking classicist synthesizing cinematic expansiveness with a pithy lyricism and rhythmic directness that makes even his 20-minute workouts feel as clear, direct, and memorable as a 4-minute song. But the studio records are just the tip of the iceberg. You see, in a live setting Forsyth’s music is never really finished. He hasn’t had a fixed band in years and plays with a rotating cast of characters. Regulars in Forsyth’s bands have included bassists Doug McCombs (Tortoise) and Peter Kerlin (Sunwatchers), and drummer Ryan Jewell (Ryley Walker, too many others to mention), among others - basically, whoever is available for the given gig or tour. These are not groups that rehearse, exactly. Operating more like a jazz band, Forsyth and his players treat the songs as frameworks that remain identifieable but morph based on who’s playing them, like weather to a landscape. Embracing this flux has become a cornerstone of Forsyth’s live sets, rendering every performance special and thereby catching the attention of tapers from his home base in Philly to New York City, Chicago, and Minneapolis. In fact, most of his live performances over the last few years are recorded and posted on the Live Music Archive site. But the taper recordings, though many are high quality and full of character, are not professionally recorded and mixed multi-tracks. Which brings us to Peoples Motel Band , the new live LP culled from a set that Forsyth played with NY-based group Garcia Peoples as his band, and is self-releasing on his own Algorithm Free label in a limited pressing of 500 copies. Recorded September 14, 2019 before a packed and enthusiastic hometown crowd at Johnny Brenda’s in Philadelphia, Peoples Motel Band catches Forsyth and Garcia Peoples (plus ubiquitous drummer Ryan Jewell) re-imagining songs from Forsyth’s last couple studio albums with improvisatory flair. Forsyth and Garcia Peoples played a number of 2019 shows together, beginning with a semi-legendary jam set at Nublu in NYC in March, through a couple dates on Forsyth’s month-long weekly residency at Nublu in September and concluding with a five-date tour of the Northeast in December. The chemistry between the players is tangible. As is often the case with Forsyth shows, the gloves come off quickly and the players attack the material - much of it so well-manicured and cleanly produced in the studio - like a bunch of racoons let loose in a Philadelphia pretzel factory. Recorded and mixed with clarity by Forsyth’s longtime studio collaborator, engineer/producer Jeff Zeigler, the record puts the listener right in the sweaty club, highlighted by an incredible side-long take of the chooglin’ title track from 2017’s Dreaming in The Non-Dream LP (note multiple climaxes eliciting wild shouts and ecstatic screams from the assembled). This is not the new Chris Forsyth album, exactly, but then again, it kinda is because whenever he sits down to play, something new comes out.