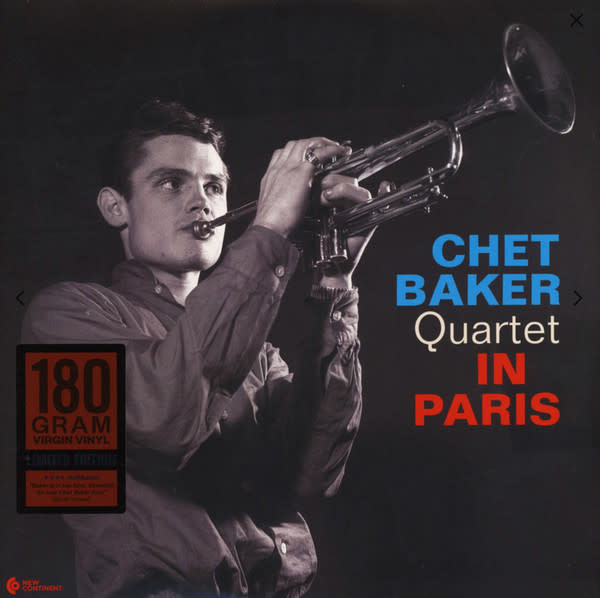 This 2-LPs set presents all of the music originally issued from Chet Baker’s studio sessions made for the Barclay label during his first European tour in 1955 and 1956. The very first ones feature the splendid pianist Dick Twardzik, who would die in Paris from a drug overdose soon after the recordings were made. Chet continued touring Europe nevertheless, and before returning home he taped a few more sessions for Barclay, among them the two quartet dates also presented here. Chet is backing there mostly by European musicians, including pianists Gérard Gustin and Raymond Fol, bassist Benoit Quersin, and drummer Jean-Louis Viale.

While the Baker-Twardzik sessions were more adventurous and consisted of tunes by composer Bob Zieff and one by pianist himself, the others dates featured well-known jazz standards. Although Baker had already made various vocal dates by this time, the Barclay dates featured him only on trumpet.