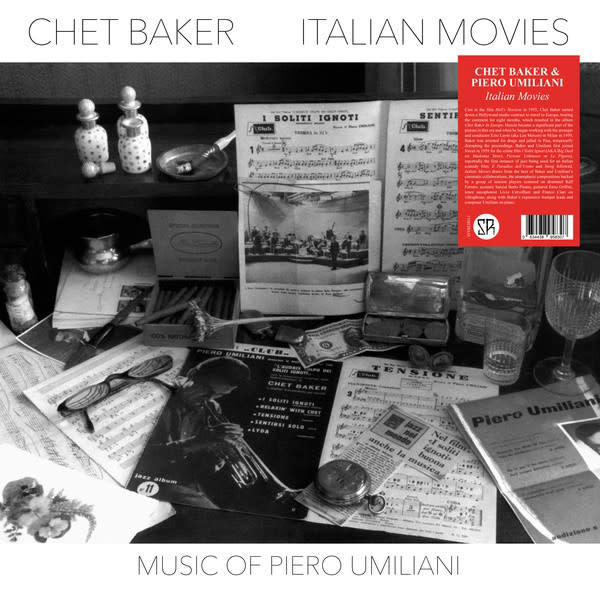 Italian film composer Piero Umiliani began working with the trumpeter and actor Chet Baker during the late 1950s. Of part Norwegian and Anglo-Saxon origins, Chesney Henry Baker Jr. was born into a musical family in the small town of Yale, Oklahoma in 1929. After singing in the local church choir, he began playing trombone but soon switched to the smaller and more manageable trumpet. He joined the US Army just after the end of World War II and played in the 298th Army Band while stationed in Berlin and began studying music theory at El Camino College in Los Angeles, following his discharge, but re-enlisted to play in the Sixth Army Band while stationed at the Presidio in San Francisco. Out of the Army for good in 1951, he played with saxophonists Vido Musso and Stan Getz before joining Charlie Parker for a series of West Coast live dates. He then joined the Gerry Mulligan Quartet, becoming a mainstay of the Los Angeles jazz scene, until Mulligan's drug bust forced Baker to form a quartet of his own. Chet Baker & Strings (WLV 82069LP) was issued by Columbia in 1954 and he began recording for Pacific Jazz the following year; cast in the film Hell's Horizon (1955), Baker turned down a Hollywood studio contact to travel to Europe, touring the continent for eight months, which resulted in the album Chet Baker In Europe. Heroin became a significant part of the picture in this era and when he began working with the arranger and conductor Ezio Leoni (aka Len Mercer) in Milan in 1959, Baker was arrested for drugs and jailed in Pisa, temporarily disrupting the proceedings. Baker and Umiliani first joined forces in 1958 for the crime film I Soliti Ignoti (AKA Big Deal on Madonna Street, Persons Unknown or Le Pigeon), reportedly the first instance of jazz being used for an Italian comedy film; Il Paradiso dell'Uomo and Smog (FOX 010LP) followed. Italian Movies draws from the best of Baker and Umiliani's cinematic collaborations, the atmospheric compositions backed by a group of session players centered on drummer Ralf Ferraro, acoustic bassist Berto Pisano, guitarist Enzo Grillini, tenor saxophonist Livio Cervellieri, and Franco Ciari on vibraphone, along with Baker's expressive trumpet leads and composer Umiliani on piano. 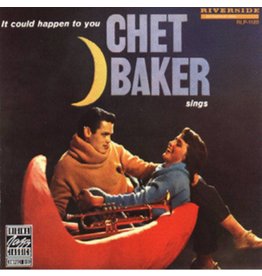 The ultra-hip and sophisticated cool jazz that Chet Baker helped define in the early '50s matured rapidly under the tutelage of producer Dick Bock.
Add to cart
Chet Baker - It Could Happen To You
£14.99 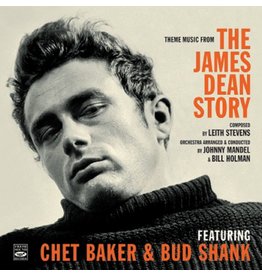 However, the Johnny Mandel and Bill Holman orchestrations here simultaneously reflect the James Dean spirit, while providing a rich instrumental framework for the solo work of Baker and Shank.
Chet Baker & Bud Shank - The James Dean Story OST
£15.99
By using our website, you agree to the usage of cookies to help us make this website better. Hide this message More on cookies »