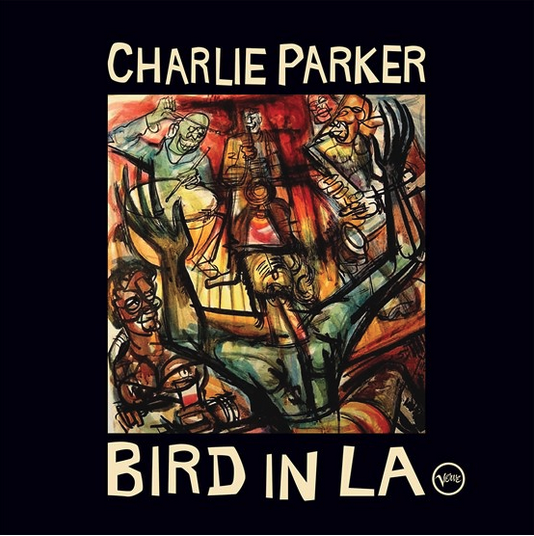 Charlie Parker spent more time in Los Angeles than anywhere outside of Kansas City and New York City. This historic release brings together previously unknown and unissued recordings along with rarities captured during three of the four California trips Bird made during his too-short life.

Among the crown jewels on this set are “How High the Moon” and “Fifty-Second Street Theme” from his historic engagement with Dizzy Gillespie at Billy Berg’s in 1945. Also included are three previously unknown performances from a 1948 “Jazz at the Philharmonic” concert at the Shrine Auditorium. Most intriguingly, the complete recordings of the infamous July 1952 “naked party” at the Altadena ranch of Jirayr Zorthian are included. Recording engineer Doug Benson has done a remarkable job of restoring these recordings to the highest possible audio fidelity.

Included in this set is an extensive essay by producer John Burton describing the circumstances under which these recordings were made as well as rarely-seen photographs from Bird’s trips to L.A.