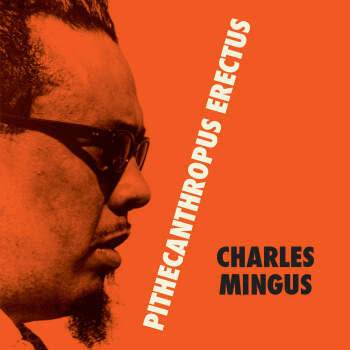 Mauve vinyl. One of the great figures in modern jazz, bassist charles mingus was the ultimate triple threat: a master of his instrument, a jazz composer of the first rank, and an insightful leader of a series of extraordinary and incendiary bands. raised in los angeles, mingus was a devotee of duke ellington, whose compositional style had an unsurpassed effect on the young composer. As a player, however, mingus was drawn to his contemporaries, who included thelonious monk, bud powell, charlie parker, and max roach (indeed, roach and mingus co-owned their own debut records during the '50s). perhaps his greatest contribution was bridging the gap between those two generations: in mingus's music, one could always explicitly hear the continuity between the big bands and the bebop era, the affinity between the romantic and the modern. although he had recorded extensively for numerous labels including his own debut records, mingus's relationship with atlantic would yield many of his greatest recordings. cut in 1956, pithecanthropus erectus was his first date for the label, and it provided something of a breakthrough for mingus in his use of extended compositions: the 10-minute title track, and the lovely profile of jackie, are among the bassist's finest recordings. the band is notable for the inclusion of the under-recorded tenor saxophonist j.r. monterose.