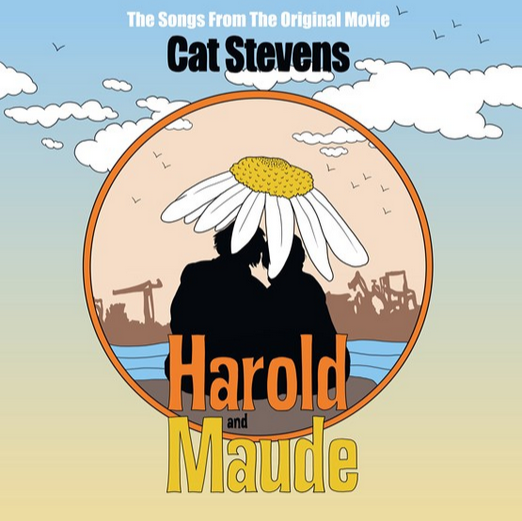 The Paramount movie Harold and Maude was in December 1971 and in the almost fifty years since its release, has become a cult classic. Part of the reason for its success is undoubtedly its soundtrack, which is comprised exclusively of songs by Cat Stevens. The majority of tracks are taken from the two 1970 Island/A&M albums, Mona Bone Jakon and Tea for the Tillerman, but Cat Stevens also composed two original songs for the film, Don’t Be Shy and If You Want to Sing Out, Sing Out, as well as performing instrumental and alternative versions. The Harold and Maude soundtrack was first released in super limited quantities on multiple coloured LP versions in 2007 via Cameron Crowe’s Vinyl Films label (copies now trade for hundreds of dollars or more via Discogs). Finally presented in its first Island/A&M release, this new 50th anniversary Record Store Day , on coloured 180g vinyl, will boast some key differences: Brand new front cover design, exclusively available for this Record Store Day release. Newly remastered audio, courtesy of Abbey Road Studios. Dialogue / key audio snippets from the motion picture.