First ever repress of the sought after psychedelic tinged funk rock private press album Eclipse of the City from 1980 New York. Originally recorded between 1975 and 1977 in Manhattan's garment district. Eclipse of the City lay dormant on a reel to reel player whilst frontman Carlos Fire Aguasvivas muddled through life working as a data entry clerk away from his fellow band members. It wasn't till he rediscovered the tapes that a sudden life affirming moment drove him to get the music pressed. Putting pen to paper Carlos created the artwork as a homage to his love of comic art and brought the band to life on the reverse with his spindly characters engrossed in the jam. Only 300 copies were pressed at the time leading to eye-watering prices for a copy. with a recent digital re-release from Indian Summer's Anthology Records, Sticky Buttons stepped up to repress the record with a limited run of 500, lovingly manufactured in the UK in all its vinyl glory.

Arriving in the Bronx from the civil unrest of Santo Domingo in the early 60's Aguasvivas was surrounded by the raucous sounds of rock, jazz and prog. Absorbing the humdrum atmosphere of life in New York, Eclipse of the City came from the minds of close friends Carlos Aguasvivas, Steve Garcia and Eddy Garcia. Meeting at Monroe High School the three of them quickly formed a strong bond over their shared interest in music. It wasn't long after that they began rehearsing in a basement under a neighbourhood cleaners and in the attic of Steve and Eddy's family home piecing together their extended sessions of tripped out cinematic psychedelia.

Recording got off to a rocky start as a car accident left the three band members in A&E after taking an early morning cab ride through Manhattan to watch the sunrise on their way into the studio (a theatrical artistic statement of intent conceived by Steve Garcia) - as Eddy mentioned "Eclipse was forged from a lot of pain". Their recording sessions were postponed but a few weeks later they were back and with the added energy of John Ortega on Bass and Vincent Anderson on electric piano and organ - with just a few microphones and a reel to reel recorder, Eclipse of the City was laid down as the stark bold homage to New York's downtown.

Influences ranged from the cinematic behemoth Jaws to the UK prog rock bands of Genesis, Yes and Emerson Lake & Palmer but only could Eclipse of the City take its unique form in the attics and basements of New York with the full band adding their Puerto Rican and Dominican slanted New York energy. Side one includes 3 fully formed tracks breaking out into eerie moments of calm before diving into well timed jolts of reprise as each element weaves over the top of one another whilst side two presents a 30 minute narrative work following the night adventures of a young group of friends exploring the vibrant nightlife of downtown New York. A rumbling half hour of wobbling guitar, tight drumming and synth organ licks jutting out from the glistening lights of the night before the sun rises down Manhattan's East-West axis as the lilt changes and the organ lulls the friends back home. A truly idiosyncratic take on the heady world of New York in the 70's and one that still resonates with our urban landscapes and love for the nights they bring today. 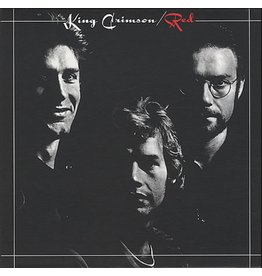 One of the band's most influential and best-selling albums, 'Red' returns to the vinyl format newly cut from masters approved by Robert Fripp.
Add to cart
King Crimson - Red
£19.99 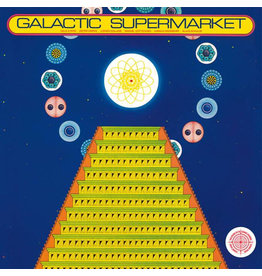 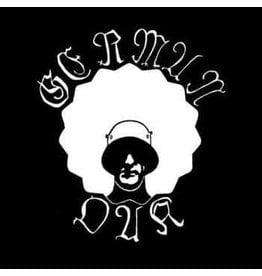 The most mysterious Krautrock album, German Oak's Down in the Bunker has been fetishized and demonized, lauded and misunderstood for nearly four decades.
Add to cart
German Oak - Down In The Bunker
£29.99
Please accept cookies to help us improve this website Is this OK? Yes No More on cookies »