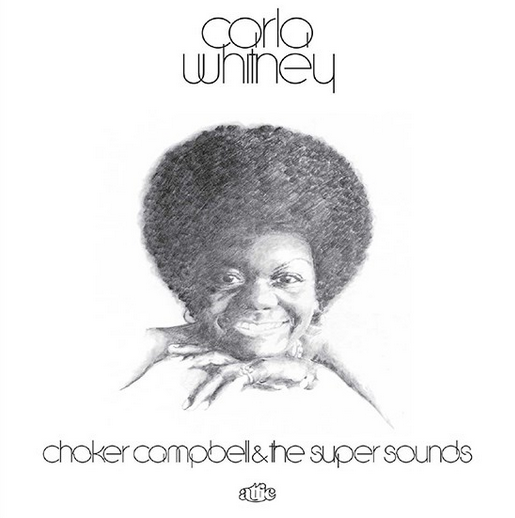 Carla Whitney (with Choker Campbell and the Super Sounds), a relatively unknown soul gem that has flown under the radar since its release 46 years ago. Backed by Motown royalty Choker Campbell, the velvet-throated Whitney is like Aretha, Marlena Shaw and Vicki Anderson all rolled into one, flitting from cottony crooners to full-out funk stormers. Campbell was the leader of Motown’s live band, the saxophonist and conductor who kept any number of Motortown Revue shows driving along. A respected leader of men, and later a talented producer. Somehow in 1975 the nearly 60-year-old Campbell managed to find his way to Canada, where he hooked up with the little-known but dyno-voiced Carla Whitney in Toronto, producing the only LP she would ever make and issuing it on the then-obscure Attic label. For the first time since its original release Attic are reissuing the album for RSD 2021, at a lot cheaper price than the original copies, if you can find one (£500!) 180g heavyweight vinyl.