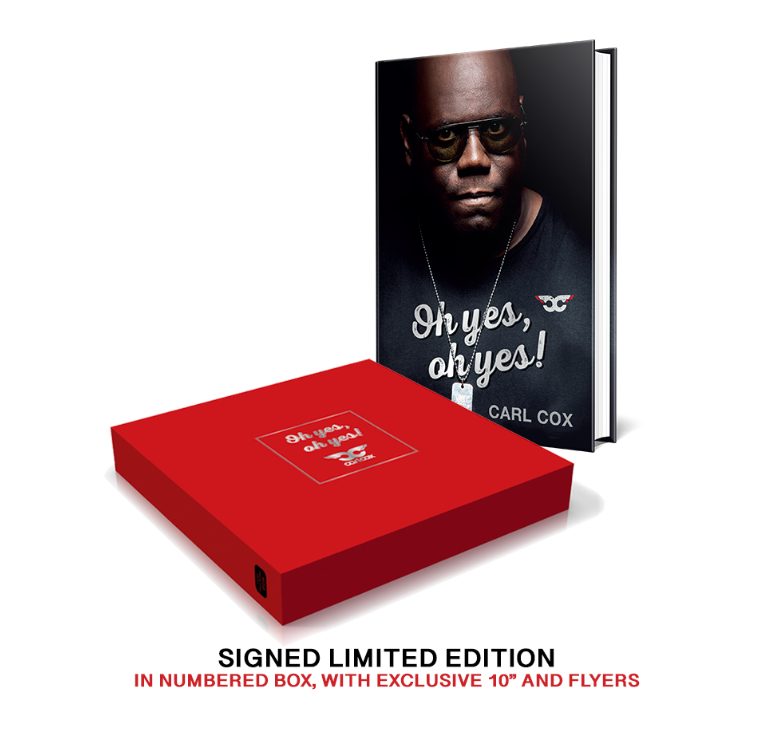 Carl Cox is one of the most celebrated British techno and house djs. This is his story, and the story of how British club culture took over the world.

Carl Cox was instrumental in the birth of dance music culture and is still the heartbeat of the global dance music scene. From warm up DJ at Paul Oakenfold's 'Future' to the opening night of the legendary 'Shoom' and unlicensed rave DJ billed as 'The People's Choice' at unlicensed raves to a global headline main stage artist playing across the world, Carl has been everything from a recording artist and producer to label owner, radio DJ and broadcaster. Oh yes, oh yes! tells the story, in his own words, of the man known as 'the three deck wizard' and the King of Ibiza; a DJ who remains at the very top of his game and continues to innovate and thrill music-lovers on the world's biggest stages.

Starting off as a shelf-stacker and a scaffolder in the south London suburbs, Carl's phenomenal talents as a DJ grew out of his love of music and knowledge of soundsystem culture. In Oh yes, oh yes! he looks back over a life lived at the heart of the party, from Ibiza to Melbourne to Burning Man, and a career that in many ways is the story of club culture and a righteous inspiration to all those who choose to follow their dreams. Told in the voice of a true evangelist, Oh yes, oh yes! is a remarkably candid and intimate portrait of an artist who has never lost touch with the people who share the dancefloor with him.

'Carl is one of the few true pioneers of UK club culture internationally. He has opened the
door to so many DJs and inspired so many, including me.' Gilles Peterson

'Carl Cox wrote the script of what it means to be a DJ.' David Guetta