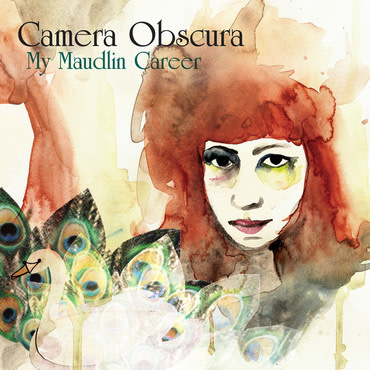 Camera Obscura's last album, Let's Get Out of This Country was to prove pivotal, taking them out of the shadows and to long-deserved new heights. The band had finally found the time and ears of discerning music fans worldwide. Nearly three years on from that release and Camera Obscura are ready to release the follow up, My Maudlin Career, their first for 4ad and fourth overall. After his successful touches on their last album, the band returned to Sweden to work again with producer Jari Haapalainen (Ed Harcourt, Peter, Bjorn and John, the Concretes). His wonderful understanding with the band continues to flourish, again fully realising not just the potential of lead singer Tracyanne Campbell's songs and remarkable voice, but also the ensemble musicianship of the group as a whole.