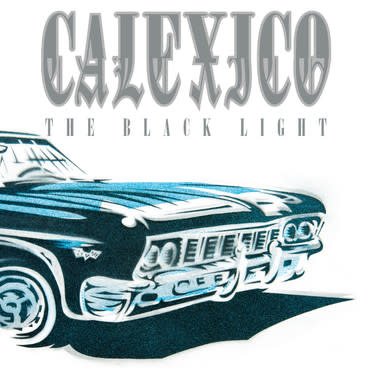 Clear vinyl. An album about crossing physical and metaphorical borders that has never been timelier: Calexico’s classic album The Black Light turns 20 this year. This limited celebratory anniversary edition includes all new artwork by Victor Gastelum, extensive liner notes, and 11 bonus tracks. What was surprising about The Black Light (and what set its architects apart from their indie rock peers) was the album’s unusual willingness to wade into the rapids of American and Mexican culture, fully immersing itself midstream. From the outset, with Gypsy’s Curse, the record combines guitar twang and flamenco flourishes; and by its end, almost an hour later, it’s contrived a skillful and instinctive union of smoky bar room jazz, arthouse indie rock, and compelling mariachi brass in Frontera. If Calexico falls short as a name, it’s only in the fact that - alongside their mining of Mexico’s fertile musical past - Joey Burns and John Convertino weren’t just digging into California’s songbook...they were unearthing America’s too.