Buzzcocks - A Different Kind of Tension 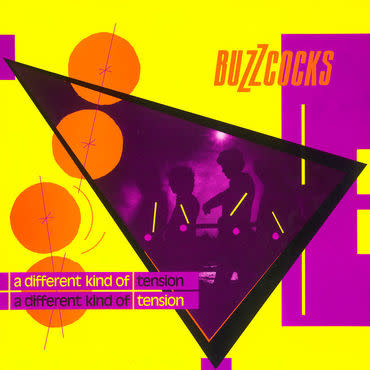 A Different Kind Of Tension was the Buzzcocks' third studio album, recorded at Eden Studio in West London and originally released in September 1979. Re-mastered from the original tapes and with the artwork restored under the supervision of Malcolm Garrett (designer of the original sleeves) along with the addition of essays penned by Jon Savage and Clinton Heylin, the packaging is a wonder to behold. It's conceivable that internal friction helped inspire the title of the third Buzzcocks longplayer, A Different Kind of Tension; the group would splinter shortly after the album's 1979 release. But they went out with a bang, marshaling one of their most diverse and exciting sets of songs under the guidance of producer Martin Rushent. The breakneck pace of their first recordings is well represented by such tracks as opener Paradise, though by the closing sound collage Radio Nine, chief songwriter Pete Shelley has managed to indulge his more experimental side as well – without ever abandoning the trademark Buzzcocks wit and emphasis on melody.