Bush Tetras - There is a Hum

Home / Bush Tetras - There is a Hum 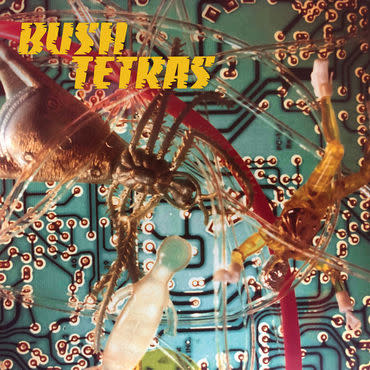 Bush Tetras formed in 1979 out of NYCs No Wave / Post Punk / Art Funk / Dance Junk scene. The band’s debut release Too Many Creeps on the legendary 99 Records is one of that scenes defining moments, capturing perfectly the vibe of that very particular moment in NYC. Bush Tetras was one of the supporting acts for The Clash’s mythical 17-show run at Bond International Casino in the Spring of 81. Topper Headon also produced their Rituals EP for Stiff Records. In 1983, the members of Bush Tetras went their own ways and the band remained relatively quiet and elusive for the next several decades. Original members Cynthia Sley, Dee Pop, and Pat Place now joined by Val Opielski taking over bass duties for the late Laura Kennedy. 2018 saw the release of Take The Fall EP on Wharf Cat Records the bands first new music in 10+ years and the welcome return of Bush Tetras!!! This winter, Third Man cleared the Cass Corridor showroom floor and enlisted the help of Third Man Mastering’s Bill Skibbe and Warren Defever to record There is A Hum and Seven Years. It was quick and punk and magical.