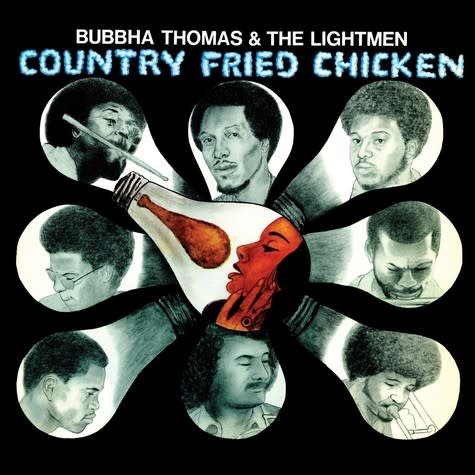 Drummer, bandleader and activist Bubbha Thomas had toured America with R&B revues, served as a session musician for Peacock and Back Beat Records, and played straight ahead jazz with legends before the political and social upheaval of the late 1960s led him to a path first charted by Coltrane. Country Fried Chicken, his fourth LP with his Lightmen band is his most accessible, a mixture of funk and spiritual jazz. Contains second disc with bonus tracks: alternate, synth-lead mixes of songs from his first two LPs as well as rare and unreleased disco and boogie tracks. Extensive booklet, download card for WAV files and footage of live performances included.