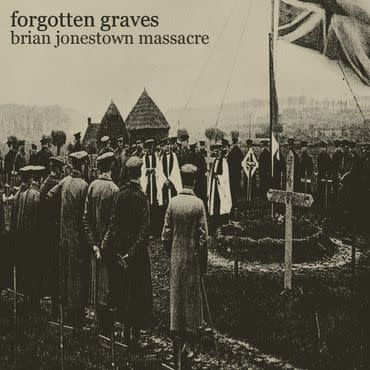 The first track is Forgotten Graves (which is exclusive to this release) and the second track is Tombes Oubliées with Rike (Friedrike) Bienert providing the vocals which is off the forthcoming self titled BJM album. With Sara Neidorf on drums , Hakon Adalsteinsson on guitar and Heike Marie Rädeker on bass supporting Anton Newcombe in these sessions that were recorded between December 2017 and January 2018 at Cobra Studios in Berlin. Forgotten Graves is released in the same month as the world commemorates the hundredth anniversary of the World War 1 (“the war to end all wars”), this war never ended any other war and more forgotten graves are being added every day.