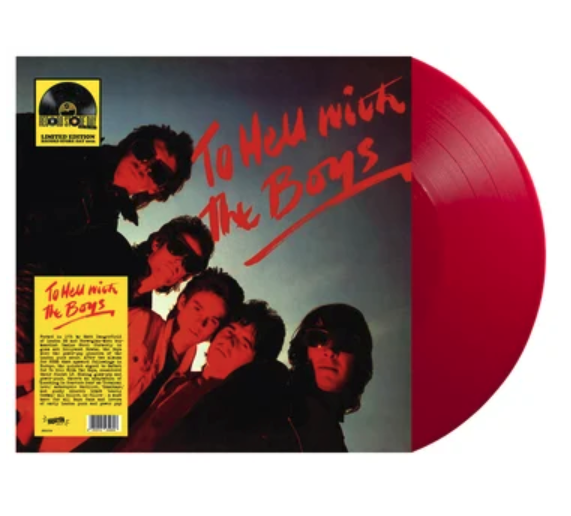 Formed in 1976 by Matt Dangerfield of London SS and Norwegian-born keyboardist Casino Steel (formerly in glam act Hollywood Brats), the Boys were the power-pop pioneers of the London punk scene. After two albums for NEMS that spawned followings in Europe, the quintet signed to Safari for To Hell With The Boys, considered their finest LP. Mixing glam-pop and power-punk, there’s an adaptation of ‘Knocking On Heaven’s Door’ as ‘Terminal Love,’ motorcycle thriller, ‘Kamikaze,’ and punky country track ‘Lonely Cowboy.’ All killer, no filler – a must have for all Boys fans and lovers of early London punk and power pop!