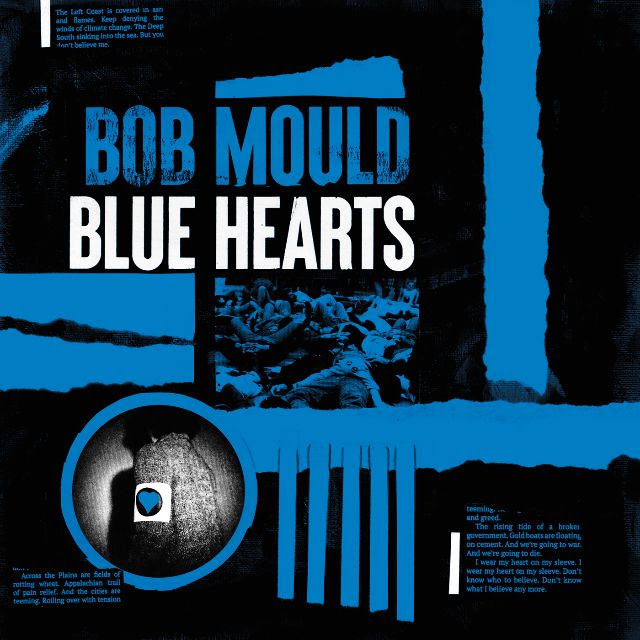 White, black & blue striped coloured vinyl. In the winter of 2019, Bob Mould bucked the era’s despair with his most melodic, upbeat album in ages, Sunshine Rock. Cut to spring of 2020, and he has this to say: “We’re really in deep shit now.” That sentiment informs the new full-length album, Blue Hearts, the raging-but-catchy yin to Sunshine Rock’s yang. Recorded at the famed Electrical Audio in Chicago with Sorenson engineering and Mould producing, Blue Hearts nods to Mould’s past while remaining firmly planted in the issues of the day. Acoustic opener Heart on My Sleeve catalogues the ravages of climate change. Next Generation worries for who comes next. American Crisis references “Evangelical ISIS” and features this dagger of a line: “Pro-life, pro-life until you make it in someone else’s wife.” Leather Dreams, Password to My Soul, and The Ocean were composed during a writing binge before a January 2020 Solo Electric tour, when Mould stayed up for three straight days. That feels right for an explosive, hook-laden album like Blue Hearts. Only there’s nothing forgettable about it.