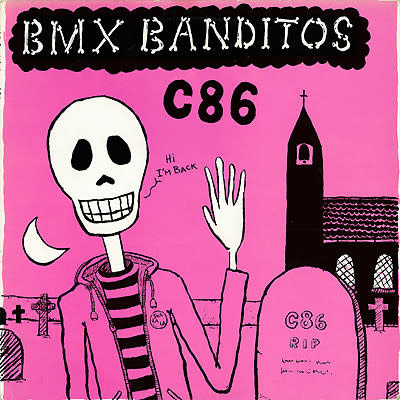 Surprisingly not available on vinyl since it’s release in 1990, this debut LP from the BMX Bandits features Norman Blake, and Francis MacDonald of Teenage Fanclub, with 6 Blake songs co-written with Duglas Stewart and 1 on his own, recorded around the same time as Teenage Fanclub's A Catholic Education. BMX Bandits were formed in 1985 by songwriter and lead vocalist Duglas T Stewart out of the ashes of The Pretty Flowers, a short-lived group that featured Stewart alongside Frances McKee (The Vaselines), Sean Dickson (The Soup Dragons) and Norman Blake (Teenage Fanclub). Starting with the exuberant E102 in 1986, BMX Bandits released a series of singles on Stephen Pastels' 53rd & 3rd label, where they were label mates with The Vaselines and Beat Happening. Later they joined Alan McGee's Creation Records. BMX Bandits released three albums on Creation.