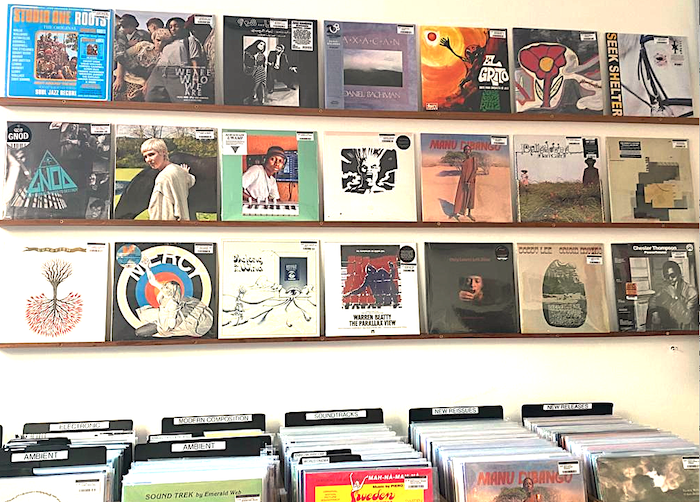 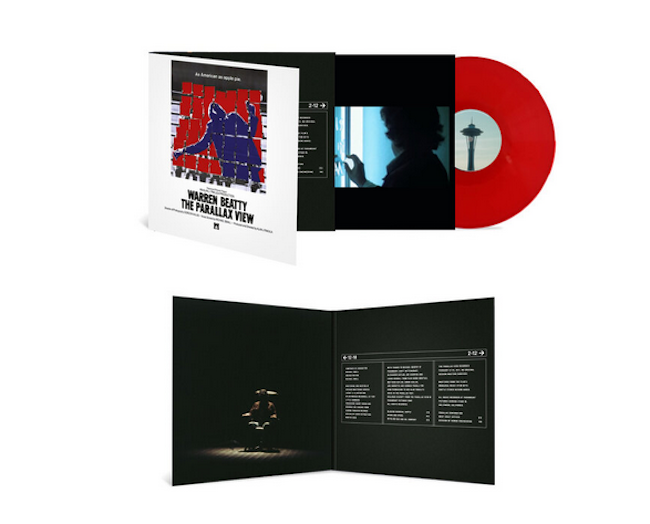 Michael Small - The Parallax View OST (Coloured Vinyl)
Limited Edition Deluxe Gatefold Red Vinyl (500 Copies).
The good folk at Cinema Paradiso Recordings release the soundtrack to the motion picture The Parallax View, on vinyl for the first time ever. The legendary score by composer Michael Small is regarded as a benchmark in the sound of paranoia thrillers that dominated cinema in the 1970s, with revered film critic Pauline Kael hailing the film as an essential for all fans of the genre. Now, 47 years later, the soundtrack will finally be available to own on vinyl. 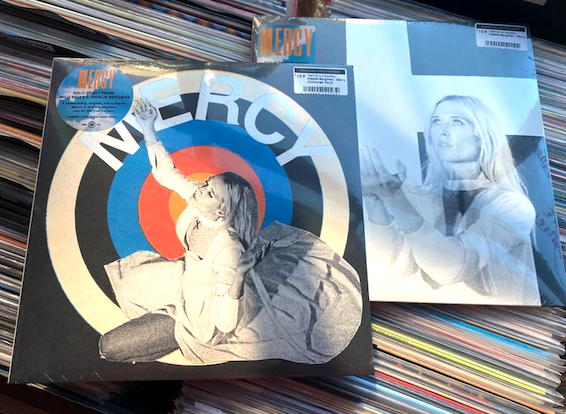 Natalie Bergman - Mercy (Coloured Vinyl)
Opaque Blue LP in alternate artwork sleeve via Third Man Records. While many know Bergman as one half of brother-sister duo Wild Belle, her forthcoming record is a cathartic collection rooted in the hopeful values and traditions of gospel that have helped her through the recent, tragic loss of her father. 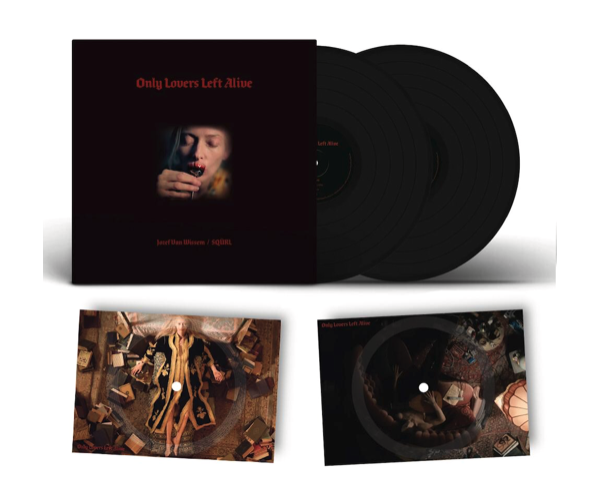 Jozef Van Wissem / SQÜRL - Only Lovers Left Alive
Each order comes with a bonus flexi postcard, featuring an iconic Tilda Swinton audio sample from the film, on one of two great designs, chosen at random. The designs will be mailed at random while supplies last. The score for Only Lovers Left Alive - a collaboration between SQÜRL (Jim Jarmusch, Carter Logan and Shane Stoneback) and Dutch lutenist Jozef Van Wissem - serves as a reflection of the distinct textures of Detroit and Tangier, bridging ancient and modern sounds, entangled and timeless.

Various - Deewee Foundations
Deewee, the label from Grammy-nominated artists David and Stephen Dewaele AKA Soulwax / 2manydjs, release Foundations, their 50th release and first compilation album. 27 tracks including 3 brand new exclusive works are beautifully presented across triple LP. It’s an expression of the values of a musical family with the brothers at its heart and featuring their creative input throughout. 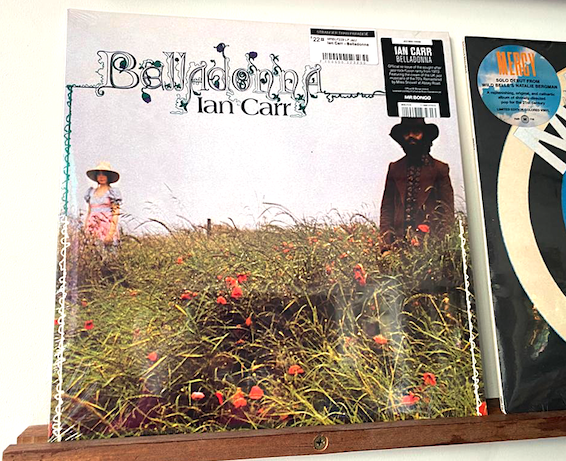 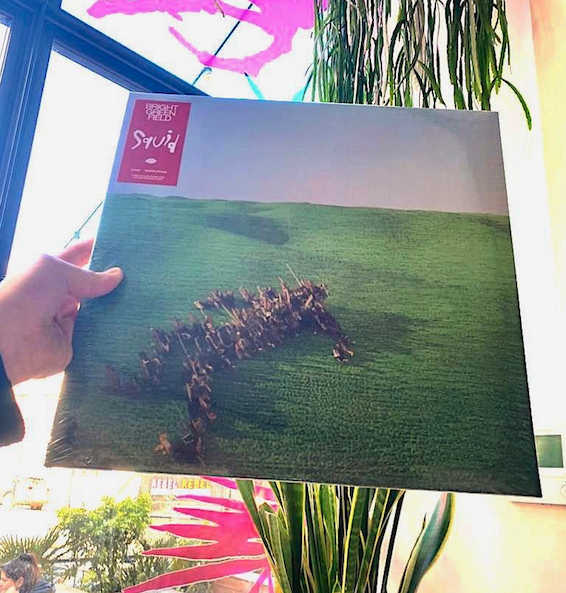 Squid - Bright Green Field (Coloured Vinyl)
Indies Exclusive Double Green Vinyl. Bright Green Field, produced by Dan Carey, and released by Warp Records. It's an album of towering scope and ambition, it is deeply considered, paced and intricately constructed. With all band members playing such a vital and equal role, this album is very much the product of five heads operating as one. 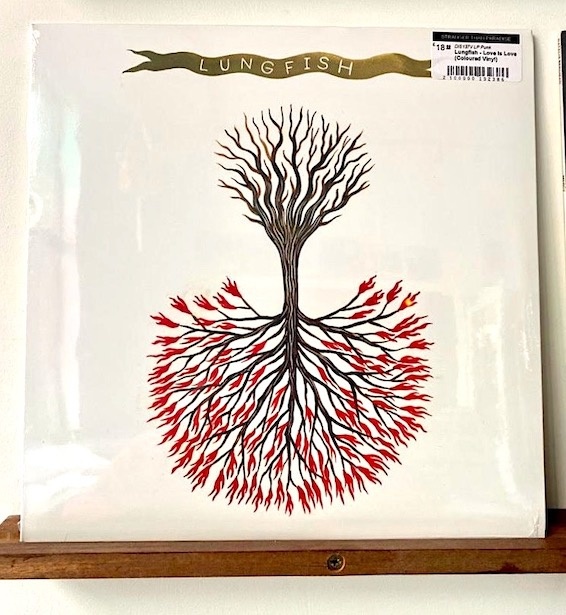 Lungfish - Love Is Love (Coloured Vinyl)
This is Lungfish's 10th full-length album, originally released in 2003. Love Is Love has been remastered & pressed on limited red vinyl via Dischord Records. 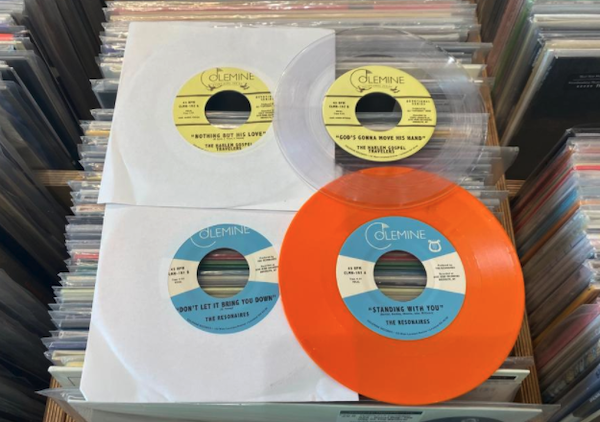 The debut single from The Resonaires! A group featuring members that have been apart of some of the pivotal artists of the soul revival movement: Sharon Jones, Charles Bradley, Lee Fields. Now striking out on their own with the powerful vocals of Saundra Williams. Opaque Orange vinyl. Also a new tune from The Harlem Gospel Travelers brings a note of positivity in your life. Nothing But His Love was part of their Brighter Days Ahead campaign, the goal being to provide folks with new music while looking forward to better days in the future. Clear vinyl. 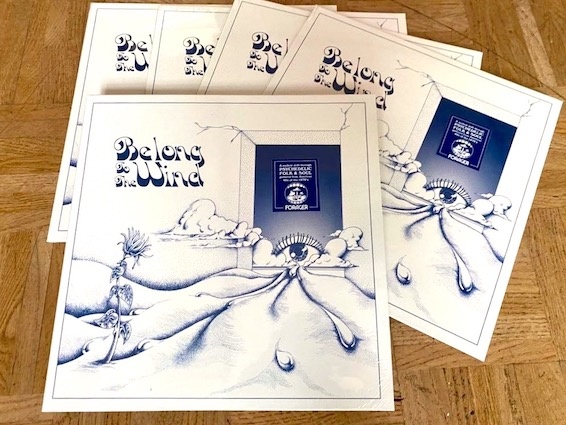 Various - Belong To The Wind
We have more copies of this special compilation.
Belong To The Wind marks Forager Records’ debut release: A lovingly curated collection of crooning psychedelic folk and soul songs gathered from American 45s of the 1970s. The compilation features 10 songs from 10 different acts, each with an indelible story of love, loss, loneliness, and an unrelenting desire to shake the confines of routine existence.

This LP aims to shed light on the more opaque cuts of these brooding artists. Many of these songs were recorded at the early stages of a career, at a time when experimenting and searching are pursued with reckless abandon. As a result, these songs are aggressively honest and uncompromising. Many have a distinct sense of the lo-fi DIY variety. Others are polished in production. Some are minimal, tentative and vulnerable. What all of these songs share, is a transportive quality. An uncanny ability to take a captive listener on a search for the soul, and a journey into the bellowing fields of easy reflection.

Sit back and enjoy a soft trip through the hazy milieu of a loner’s mind.

If you're enjoying this compilation, there's a very good chance that you would love this special guest mix they did for the marvelous Morning Glory show on Soho Radio.

We've also teamed up with Forager to press an STP exclusive edition. It's a beautifully fragile folk daydream recorded in 1971 and unreleased until now. Flight is available to pre-order on our exclusive Purple vinyl, limited to 200 copies.

Sudan Archives  - Sudan Archives
23 year-old violinist and vocalist, Sudan Archives writes, plays, and produces her own music. Drawing inspiration from Sudanese fiddlers, she is self-taught on the violin, and her unique songs also fold in elements of R&B, and experimental electronic music. 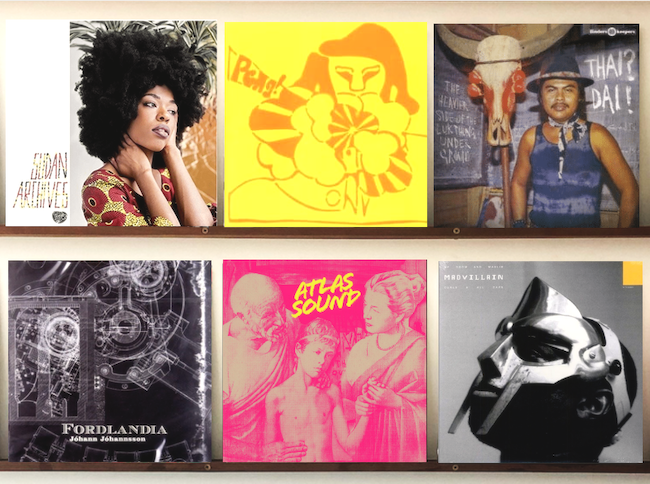 Johann Johannsson - Fordlândia
Originally released just as Jóhann’s star was rising in the world of modern composition, Fordlândia is a beautiful meld of strings and electronics, with two themes running throughout; “This album is like a film with two separate story lines that at first don´t seem to have a lot to do with each other, but actually they do,” said Jóhann at the time.

Atlas Sound - Let the Blind Lead Those Who See But Cannot Feel
Reissue on 4AD. A​tlas Sound is the solo moniker of Deerhunter frontman / provocateur Bradford Cox. It is also the earliest incarnation for his musical adventures. Although this is the Georgian's debut album, the genesis of this music can be traced back to when Bradford was in sixth grade.


Check all our recent restocks here

The Heads – Relaxing With… (Silver Jubilee Edition)
Limited to 700 Silver vinyl copies. It's 25 years since the first Heads album was released. Rooster announce an anniversary reissue. They also got the Radio 1 sessions from the time remastered, and re-cut along with the huge b-side to their Television 7” Jellystoned Park. So there you have it, a double vinyl silver jubilee reissue of a fantastic debut album!

Ian Carr’s Nucleus - Roots
Roots from Ian Carr’s Nucleus is a true classic. This is seriously thick, funky-prog jazz-rock heaven. Originally released on Vertigo in 1973, other than a couple of versions at the time for other territories, Roots was never re-pressed since so it’s gone on to become another one of those impossible to find records. Finally available again thanks Be With Records. 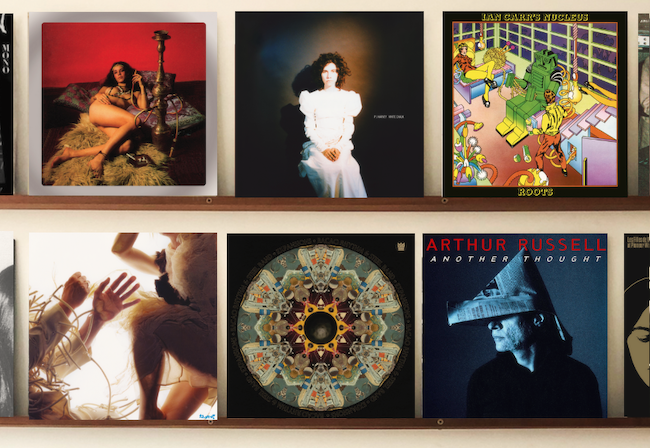 Bacao Rhythm and Steel Band - Expansions (Coloured Vinyl)
Deep Emerald vinyl. Steel Drum covers that span genres and range from mega hits to album cuts, they make them their own with their unique approach to the traditional steel pans of Trinidad and Tobago via Big Crown Records.

Arthur Russell - Another Thought
Another Thought was the first collection of Arthur Russell’s music to be released after his death in 1992. Released in 1993 on Point Music it marked the beginning of nearly 30 years of work to let the world hear the enormous archive of unreleased recordings Arthur left behind. Be With Records revisits this first compilation for a new gatefold double vinyl