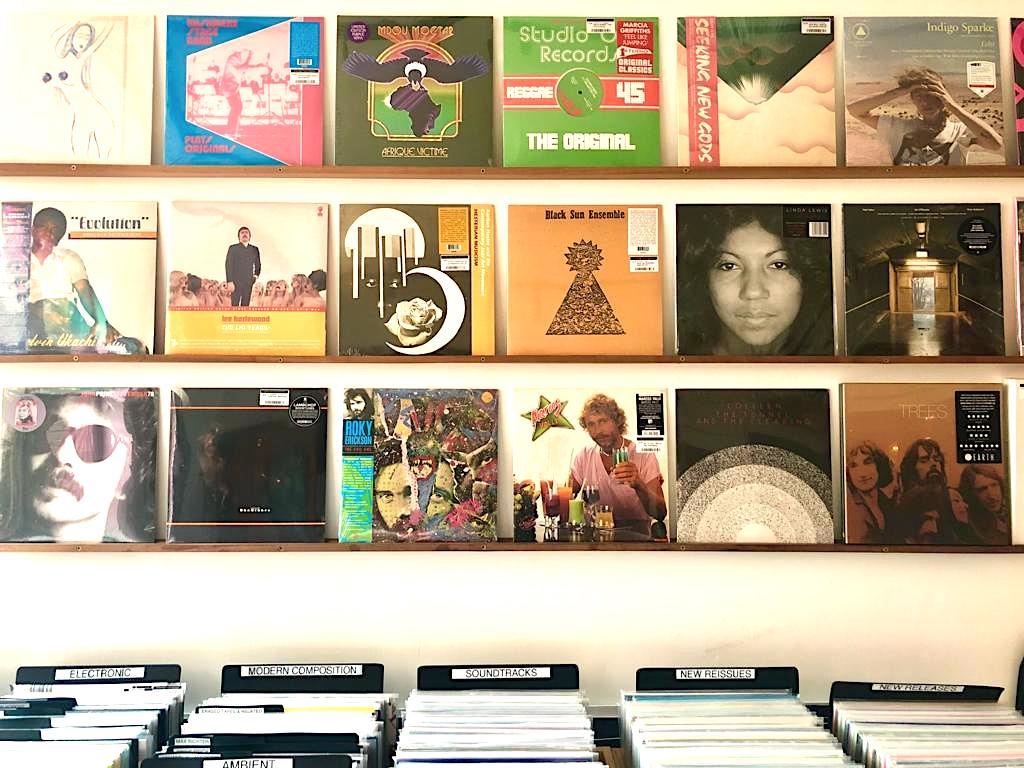 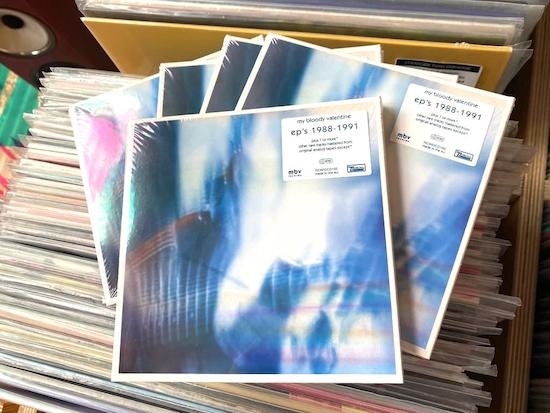 My Bloody Valentine reissue their amazing back catalogue. 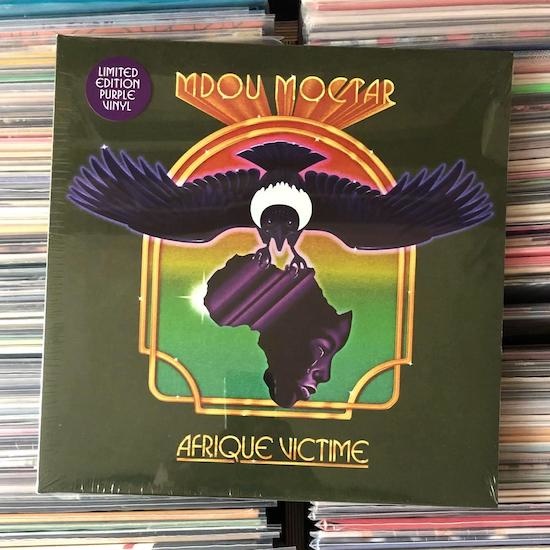 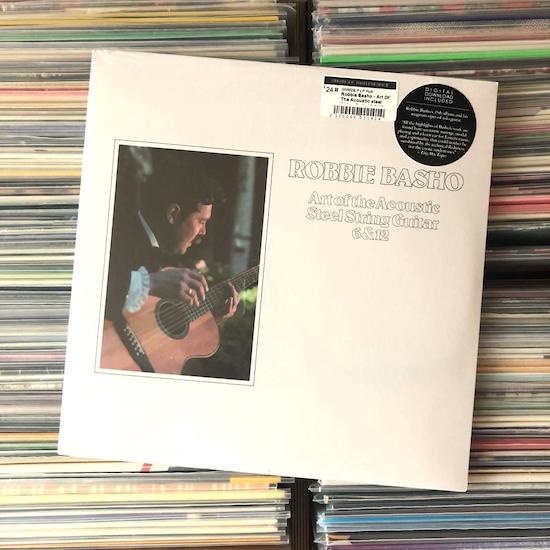 Robbie Basho - Art Of The Acoustic steel String Guitar 6 & 12
Along with acoustic guitar innovators John Fahey and Leo Kottke, Basho is known for his work on the Takoma label. Longtime fan William Ackerman signed Basho to his fledgling Windham Hill label in the late '70s and this resulting album is a little less esoteric than his previous efforts, but no less exotic. 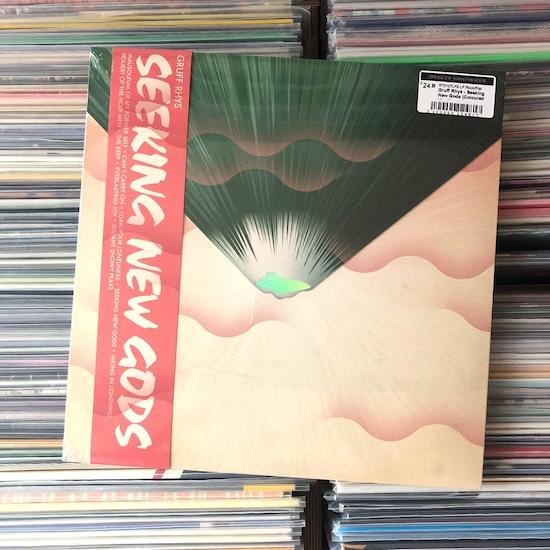 Gruff Rhys - Seeking New Gods (Coloured Vinyl)
Dark Green Coloured Vinyl Edition via Rough Trade Records.
This is Gruff’s seventh solo album. The concept was originally driven to be the biography of a mountain, Mount Paektu (an East Asian active volcano). However, as Gruff’s writing began to reflect on the inhuman timescale of a peak’s existence and the intimate features that bring it to mythological life, both the songs and the mountain became more and more personal. 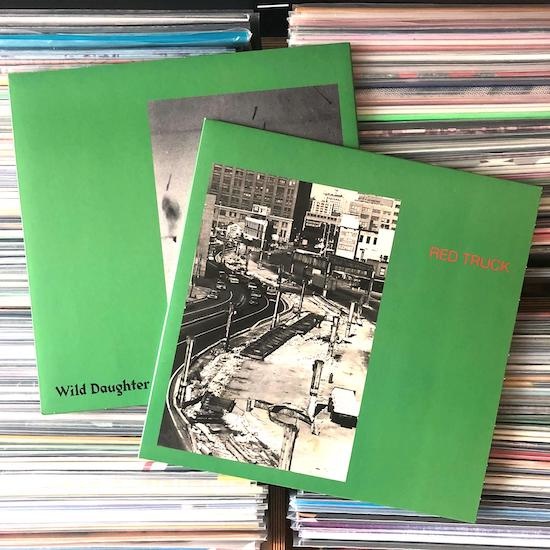 Wild Daughter - Red Truck
Television on Lithium, Bauhaus on Speed. Comparisons with Suicide & The Cramps might just make Wild Daughter the band you’ve been dying for!. Their new 5 track EP Red Truck has been described as apocalyptic. Drawing on the occult & cruising as a homage to New Yorks downtown art scene lost to the 1980’s Aids epidemic Red Truck is unflinching.This is a band that doesn’t do things by halves & this record certainly brings out the snarl and dissatisfaction of the current status quo. 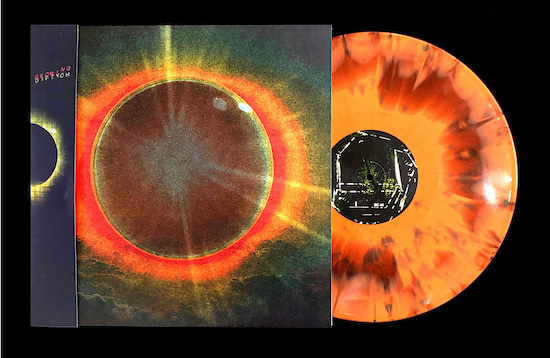 Growing - Diptych (Coloured Vinyl)
Limited Gold Eclipse vinyl.
It’s not easy to summarize any band whose career has stretched over two decades. In the case of Growing, though, it’s all in the name: since 2001, the core duo of Kevin Doria and Joe DeNardo have been making vibrating, explorative experimental music that is in a forever state of evolution. In that time, they have amassed a hard-to-define and influential body of work, and Diptych sees the band operating at the height of their “big amp ambient” powers.

Plenty of restocks to browse, some of which you probably haven't seen for a while.

Kashmere Stage Band – Play Originals
Cool Cult reissues this 1973 holy grail album from Texas sax titan Conrad Johnson, who created the KSB after being inspired by an Otis Redding gig in 1967. Modeling the group on rising soul bancking bands like the Bar-Kays and JB's, here we get 7 shots of hot driving funk in a big band format.

Freddie Gibbs & The Alchemist - Alfredo
After releasing the critically acclaimed Bandada album in 2019, Freddie Gibbs returns with The Alchemist behind the boards for what is being hailed as one of the best albums in 2020 with, Alfredo. A play on both Freddie and Alchemist's names, the project also boasts features from Rick Ross, Tyler, The Creator, Benny The Butcher, and Conway the Machine.

Sun Ra and His Outer Space Arkestra - A Fireside Chat With Lucifer
An F-bomb saturated hip-hop call & response club cut...from Sun Ra?! While the most renowned track in this omniversal opus is the atomic expletive-filled repartee 'Nuclear War,' there is so much more to this dark mysterious journey through the mind of Sun Ra. 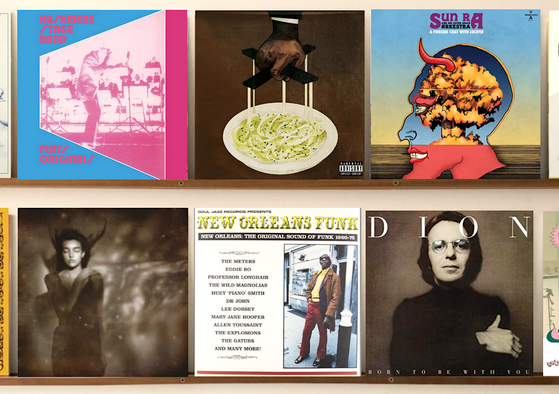 This Mortal Coil - It’ll End In Tears
This Mortal Coil’s debut album It’ll End In Tears (1984) forged the template; helping to crystallise 4AD’s emerging signature sound whilst shining a light on some of their stable. Pitchfork recently named it one of the best Dream Pop albums ever, a moment which “catalysed 4AD’s ascendance from the stilted poetics of goth rock to the kings of gauzy transcendence.”

Various - New Orleans Funk
This is the definitive collection of New Orleans Funk from Soul Jazz Records featuring acknowledged masters next to some of the earlier artists who shaped the meaning of funk. The album is also filled with many rare, sought after and undiscovered funk tracks. It covers the period from the emergence of New Orleans Funk in the early 1960's through to the mid-seventies. 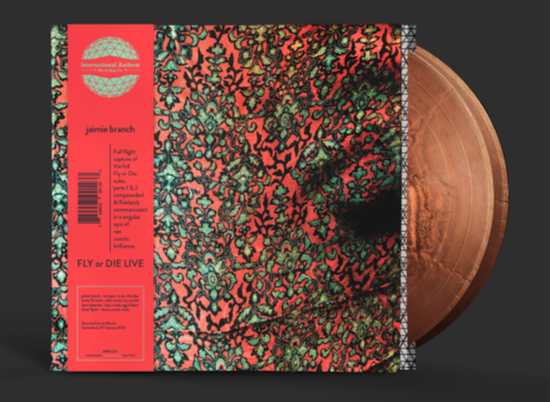 Jaimie Branch - Fly or Die Live (Coloured Vinyl)
Limited Metallic Falcon vinyl via International Anthem.
There is a moment near the top of Jaimie Branch’s FLY or DIE LIVE, the new album recorded by the trumpeter’s quartet at in Zurich, Switzerland on January 23rd, 2020, which feels like it bears the weight of both that specific pocket of time, and a prophecy for all that was soon to come. branch and her Fly or Die crew. 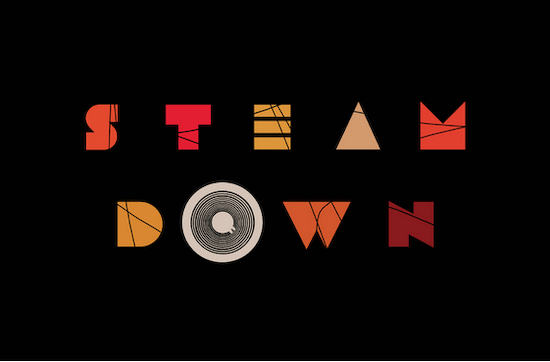 Steam Down -  Five Fruit (Coloured Vinyl)
Indies Exclusive Coloured vinyl via Decca
Steam Down the hugely influential London collective release their debut EP, Five Fruit. After years of building a truly engaged community - and taking London’s melting-pot to the world’s stage - lead track Empower marks a thrilling new musical chapter for Steam Down. Uplifting, urgent and emotive, the track affirms the power of the listener, the strength of collective hopefulness, and the textures of London’s inner-city subculture.

Various - Pirate's Choice Vol. 2
From the vaults of Studio One comes an eclectic grouping of rare shots picked from the treasure chest of the label's releases. All tracks are taken from their original master tapes and completely remastered by GRAMMY-winning engineer Toby Mountain.

The Knife - Silent Shout (Coloured Vinyl)
20th anniversary edition on limited edition violet double vinyl.
The Knife reached yet another pinnacle with Silent Shout. After the effervescent, Eurodisco-tinged pop of their 2003 album, Deep Cuts, the Dreijers developed a dark parallel world on their 2006 follow-up. 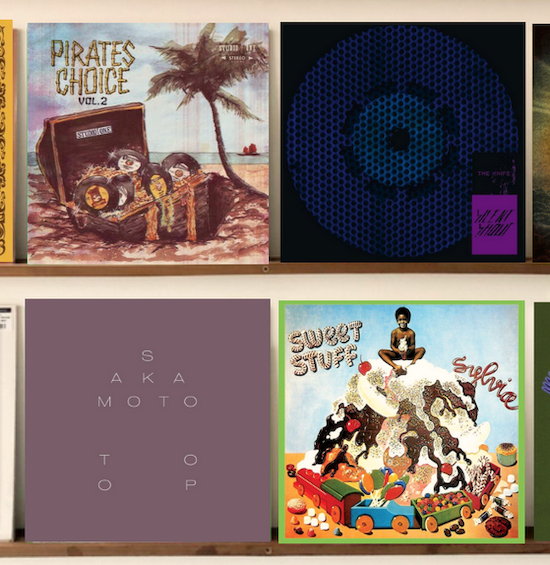 Ryuichi Sakamoto & David Toop - Garden of Shadows and Light
Garden of Shadows and Light is the first collaboration between Ryuichi Sakamoto and David Toop, presenting the entirety of a concert performed in London in August 2018. With their collective musical experience encompassing collaborative work with figures as diverse as Evan Parker, Akiko Yano, Arto Lindsay and Christian Fennesz, in contexts ranging from pop session work to film scores to sound installation, no one could be sure how Sakamoto and Toop would approach their first concert together as a duo.

Sylvia - Sweet Stuff
Wewantsounds reissue of Sylvia Robinson's super rare soul LP ‘Sweet Stuff’ released in 1975 on her Vibration label, part of her All-Platinum/Stang/Turbo empire. This is the first time it has been reissued in over 25 years and it includes one bonus track. A few years later, she would launch Sugarhill Records and put hip hop on the map with Sugarhill Gang's "Rapper's Delight" in 1979 and "The Message" in 1982. 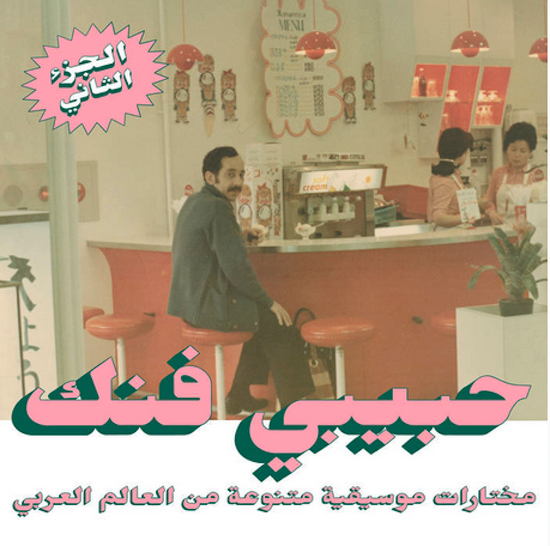 Varioius - Habibi Funk: An Eclectic Selection from the Arab World (Part 2)
This compilation of songs is not meant as a historic reflection of popular music of the "Arab world." It is a very personal selection of songs we grew to like at Habibi Funk. It is music that historically never existed as a unified musical genre. The final body compiled for this record consists of some – at least for us – nichey pearls and often overlooked artists; resulting in a diverse range of styles. 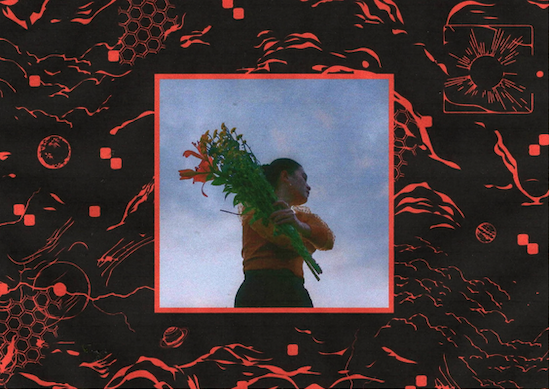 Uma - The Moth & The Dove
Uma and Lucy Lu (Nilufer Yanya, Puma Blue, Matilda Mann) team up once again via "the collective at the cutting edge of London’s live music scene" (Dazed), Slow Dance (who collaborated with the likes of Black Midi, Jockstrap, ‘s Sorry, Goat Girl, PVA, Squid and more). A passionate, swirling sound of a romance between Lucy Lu and Uma over their lockdown in Spain.