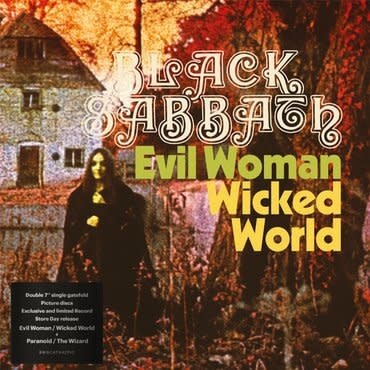 Despite a run of legendary hit singles in the 1970s, Black Sabbath and the seven-inch single format didn’t always sit well together. After the release of their debut single Evil Woman in 1970, followed by their ultimate explosive chart success with Paranoid, the band were not comfortable with the confines of the mainstream pop format and the audience it brought them, leading to their now legendary self-imposed ban on releasing singles in the early 70s. This limited edition picture disc package features four iconic images of the Sabbath band members emblazoned across two 7” picture discs, one image per side packaged in rare picture sleeves.