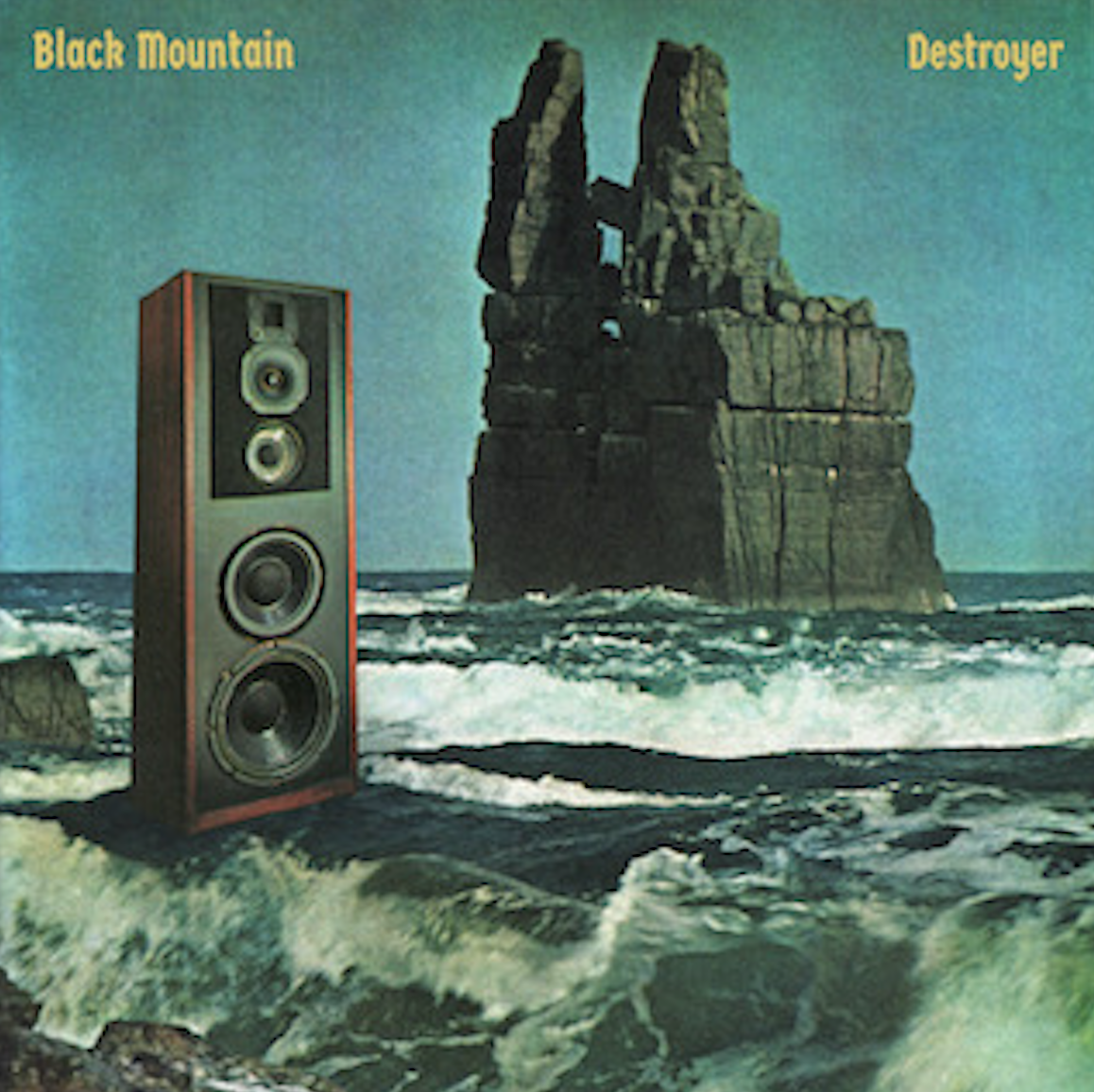 Coke bottle clear dinked edition with die cut sleeve. Black Mountain’s Stephen McBean turned 16 way back in 1985. And yet, until just two short years ago, McBean had lived his entire adolescence and adult life without a proper driver’s license, that first and most coveted ticket to personal independence. When he did finally take the wheel in 2017, he essentially became a 48-year-old Sixteen Year Old, blowing out the doors off the DMV like a pyrotechnics display at a W.A.S.P. gig. Black Mountain’s new album, Destroyer, named after the discontinued single-run 1985 Dodge Destroyer muscle car, is imbued with all that wild-ass freedom and newfound agency (and anxiety and fear) that comes with one's first time behind the wheel. McBean, welding mask pulled over his Alan Watts beard, has even been rebuilding a 1985 Destroyer in his step-dad’s garage all spring — building it from its frame, putting in weekends of work to have this beast ready for sunnier days. And wouldn’t you know it: when the Destoyer's engine gives its deep snarl and the stereo rattles with Metallica's $5.98 EP, McBean is fully in the driver’s seat. Destroyer is structured around that first time behind the wheel of a hot rod. The fat, charging Living After Midnight riffs of opener Future Shade is, according to McBean, “Straight outta the gates. FM radio cranked.” He ain’t kidding. The song, and all of Destroyer for that matter, seems to exist at that crucial nexus of the early-to-mid 80s Los Angeles when a war between punk and hair metal was waged. Black Flag’s My War tried and failed to keep the peace. But in the trenches, some hybrid ghoul was beginning to form in bands like Jane’s Addiction and White Zombie. The heavy extended player Horns Arising, with its Night Rider vocals and golden, climbing Blade Runner synths, is a fill-up at a desert gas station just in time to see a UFO hovering near a mesa. . And other songs, like The serpentine Boogie Lover is a cruise down the Sunset Strip. You pull into The Rainbow Bar & Grill to take the edge off. Doesn’t matter what year it is, Lemmy’s there in flesh or spirit. To continue the teenage theme, there’s also a sense of to these cuts — High Rise is a foray into Japanese psych, rounding the bend to a careening, youthful sense of discovery, while Closer to the Edge feeling like falling in love with Yes (Remember how good they were for a minute there in your youth?). Licensed to Drive would easily be the most exhilarating and dangerous ripper on a titular film’s soundtrack, a dose of heavy right before the muscle car’s wheels fly off going 100 mph on the freeway. Shacked up in his rehearsal space, McBean found an old chair in an alley, spray painted Producer on the back and pressed record. Friends from the endless rock’n’roll highway were invited over and 22 songs were brought to life. And while some were laid back into shallow graves to dig up once again at a later date, the remaining skeletons were left above ground — given organs, skin, eyes, and the opportunity to grow their hair real long and greasy. Some of these zombie hesher jams were sent on a journey to Canada where longtime band member Jeremy Schmidt, slipping on the Official Collaborator satin jacket, had at them with his legendary synth arsenal. As he added long flowing robes, sunglasses, driving gloves and medallions, the undead songs began to transform into the new breathing creatures that make up Destroyer. Schmidt’s work with these songs was the needed transformative glue for this new era of Black Mountain.