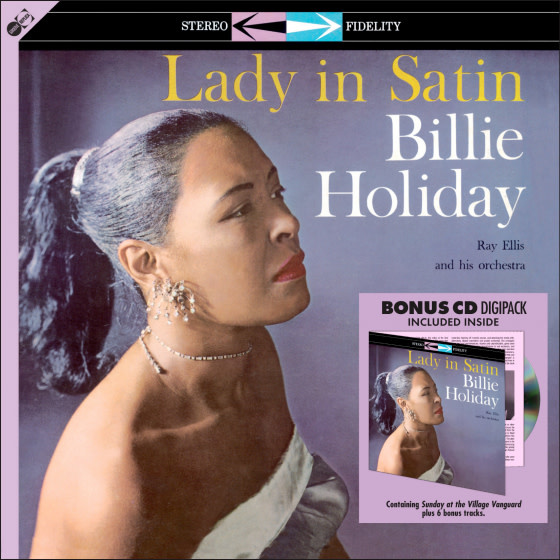 Includes cd containing the complete Lady In Satin album plus 8 bonus tracks. Billie Holiday is undeniably one of the most influential singers of the twentieth century. As the first vocalist to cite instruments - and especially the horns of Louis Armstrong and Lester Young - as her main inspiration, she was one of the most relentlessly individual singers of the jazz age, transforming silly tin pan alley songs into jazz standards. But her biography also reads as one of the saddest tales of the modern age. Her talents came at a cost; the price seemed to be a predilection for bad men and an addiction to drugs. Lady in Satin is the last major recording of Billie Holiday that was released during her lifetime, and it is also the most controversial. Ray Ellis' seem like a harsh contrast to holiday's broken and fragile voice. Ellis himself was, at first, disappointed by the quality of the recording. it was only after listening more closely that he realized the beauty of these sessions and understood why Billie ranked this album as her favorite. More than any of her other recordings, Lady in Satin calls for an emotional rather than a musical listening.