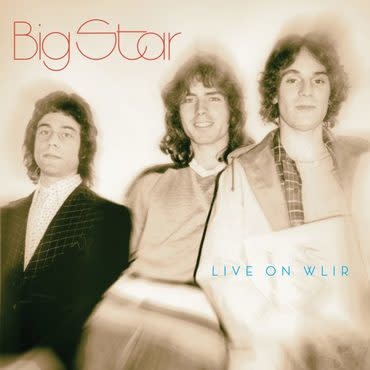 Remastered and restored performance originally recorded and broadcast in 1974. On LP and CD officially for the first time. New liner notes from authors Robert Gordon and Rich Tupica. Liners include an interview with bassist, John Lightman. Big Star recorded their second album, Radio City, as a trio, after the departure of founding member Chris Bell. When it came time to tour, original bassist Andy Hummel decided to return to school to pursue his engineering education. With this departure, Alex Chilton and Jody Stephens recruited fellow Memphis native John Lightman to take over on bass duties, and the band readied their live set. That set is on display as Big Star recorded a radio session at Ultrasonic Studios in New York for broadcast on the city’s preeminent WLIR.