Betty Davis - This Is It! 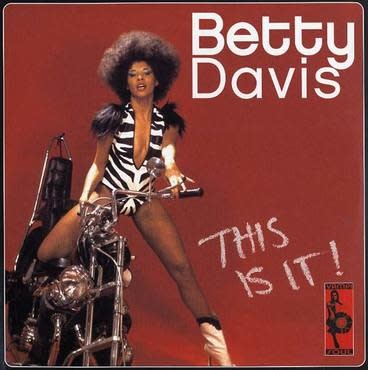 This Anthology offers you the best of her three albums: an unbeatable way of introducing you to the amazing music of Betty! The former wife of Miles, Betty Mabry Davis is perhaps the only woman in the world who could rightfully have the following legend tattooed across her rear: This Ass Invented Fusion. While their marriage only lasted a year (1968-1969), Betty pointed the way to Miles, introducing him to the musical and material gods of revolutionary style: Jimi Hendrix and Sly Stone, which would have an enormous impact on his electrified musical Frankenfussion masterpiece known as Bitches Brew. Betty ruled as the mentor-muse for the original man and his music. She was a woman with the strength of a Black Panther, a "nasty" woman in total control, but unfortunately for Betty, America was not yet ready to embrace a woman with such an explicitly sexual persona. She had a much rougher edge to her music than other female funk and soul artists of the '70s. Betty Davis' is one of the most extreme sounding debut records of the decade, which just like "Bitches Brew" takes equal parts inspiration from Hendrix and Sly. One critic aptly described their sound as something like a cross between Tina Turner, Funkadelic, and Sly and The Family Stone. Add the futurist fashion sense of David Bowie, and the flair of Miles Davis, and you have quite a cocktail. 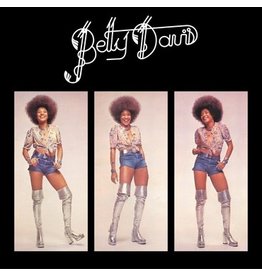 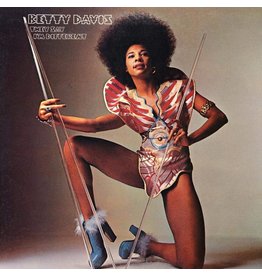 LIMITED NEW PRESSING ON RED VINYL
Betty Davis - They Say I'm Different (Coloured Vinyl)
£29.99
By using our website, you agree to the usage of cookies to help us make this website better. Hide this message More on cookies »