Ben Tankard - All Keyed Up EP 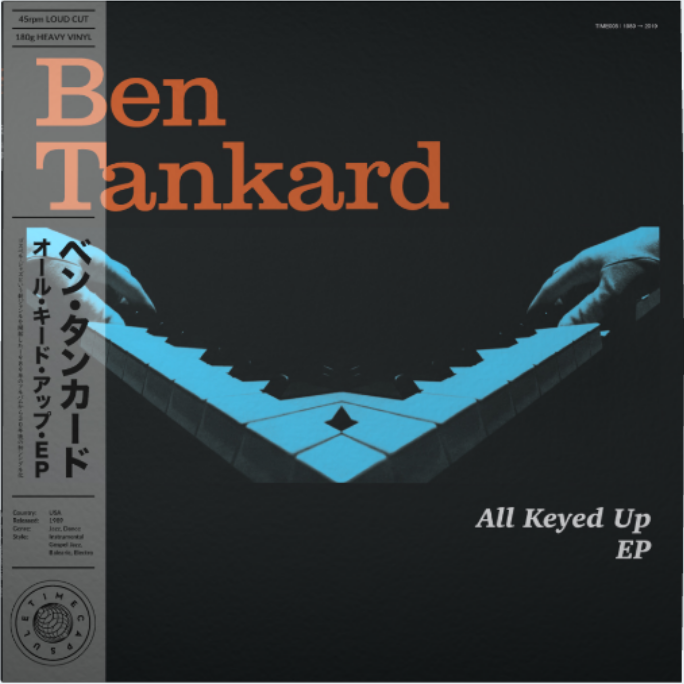 This collection of ground-breaking instrumentals captures a moment of musical alchemy. Stylistic edges become blurred with by-turns into jazz, gospel, soul, funk and dance. A new genre – gospel jazz – was created in their wake.

The son of a minister father and a missionary mother, Tankard grew up playing drums in his local church. Numerous offers of scholarships to music college came his way but his height and youthful speed determined the choice of a scholarship in basketball. Turning pro, he was drafted with NBA team Portland Trailblazers before a knee injury cut his career short and led to a period of homelessness: “I could not pay my rent so for a short time I was living in my car and sleeping on friend’s sofas.”

A church visit proved life-changing: “I heard of a revival service that was going on. I was nearly starving with no job or income so I went only for the free meal. Afterwards the preacher called me up and told me to sit down to the keyboard. I was hesitant but after all I did not have anything to lose. When my hands touched the keys I began to play like George Duke! No lessons - just instant awareness. That is where ‘gospel jazz’ was born. Since it was jazzy in nature, yet inspired in the church, I decided to call it ‘gospel jazz’.”

Tankard got a job at a local music store where he spent the next few years honing his craft before he began recording his own music. “I programmed all the instruments myself on a keyboard so I called it All Keyed Up.”

Curator Pol Valls found the record while digging and was struck by it’s genre-defying creativity: “the track which stood out the most for me was Eden Celebration which has the feel of early dance music. I also loved Melodic Heaven and the title track All Keyed Up. That track was really short though so we decided to make a remix of it.

If Eden Celebration, with its highly rhythmic cross-breed of jazz fusion and electro shows Tankard at his most creative, then All Keyed Up - a stellar exercise in funk-laced jazz fusion replete with Don Blackman-esque piano runs - demonstrates his prowess on the keys. On Melodic Heaven lo-fi synths and boogie-fied bass synths combine with his elegant and soulful piano. The remix of the title track expands the short-but-sweet piano-based vignette into a Balearic anthem replete with extra drums, synths and guitar.

Released in 1989, Tankard’s All Keyed Up album kick-started a hugely successful recording career. Nowadays he’s also known as a motivational speaker, author, trained pilot (famously flying to shows in his own planes) and as the star of his own reality TV show. This collection chronicles the magic that happened at the beginning of his career, it’s inspired melding of styles sounding as fresh today as when they were first put to tape on his home studio. 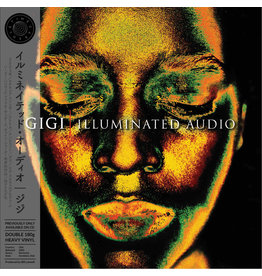 Repress of the third Time Capsule release is a body of dub reinterpretations by celebrated producer Bill Laswell of Ethiopian singer Gigi.
Gigi - Illuminated Audio
£26.99
Please accept cookies to help us improve this website Is this OK? Yes No More on cookies »