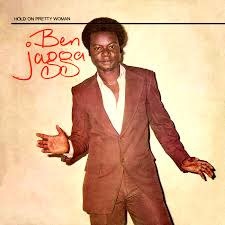 Ben Jagga’s long-deleted sole solo release is the epitome of Tabansi / Taretone soul-funk-boogie-disco in its prime, and is very much a family affair. This is the first-ever reissue. Producer is Ephraim Nzeka (of Brother To Brother fame, as ‘Ephraim’), and backing vocals come courtesy of artists all with their own solo efforts out on the label: Bummy Olajubu, Judith Ezekoka, Zak Roberts, Eric Kol and Nkem Njoku (see the BBE reissue catalogue for killer LPs from the last two artists, in particular). Instrumentation is a tight, stripped-down unit: bass, guitar, drums and keyboards – and the mixdown man is Martin Ikebuaku, one of the unsung geniuses of the West African boogie sound, with literally hundreds of well-regarded sessions on almost every major Nigerian label under his belt. The album has long been in-demand among outernational boogie fans, and usually changes hands privately for princely sums (as of the date of writing these notes, it’s never been offered for sale on Discogs).