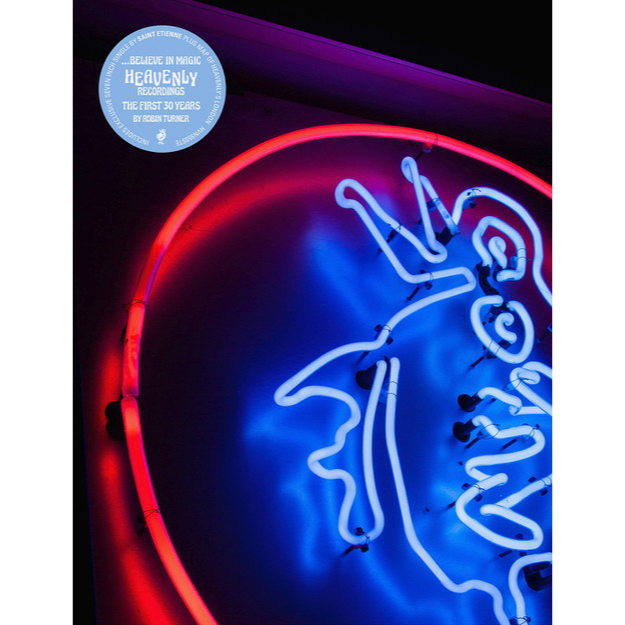 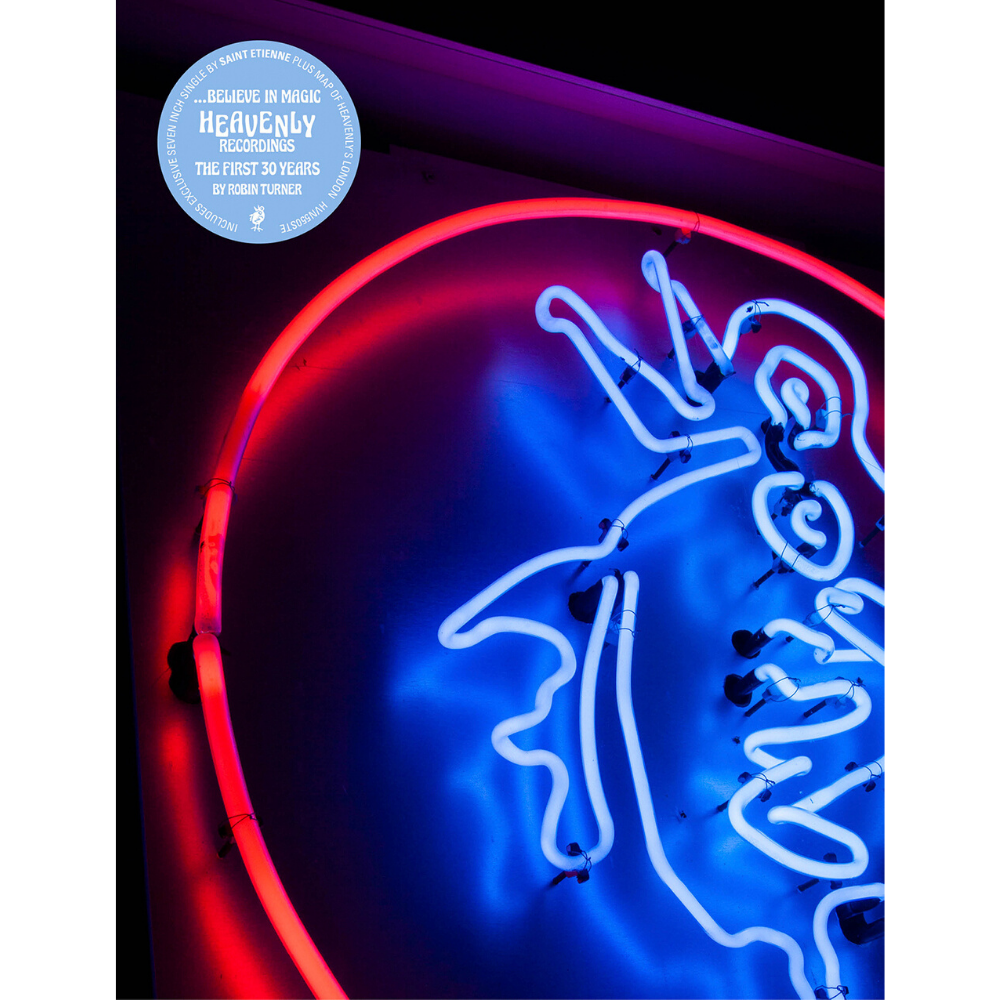 THIRTY YEARS OF HEAVENLY RECORDINGS celebrated in a book.

Saint Etienne edition - includes exclusive 'Spring' 7". Spring is taken from Saint Etienne’s debut LP, Foxbase Alpha. It is the first time it has been released as a single. The instrumental on the flip side is previously unreleased.

All copies of the book come with a specially commissioned fold out map featuring the notable London addresses in Heavenly’s history.

Heavenly was already a state of mind. Seemed like the right time to make it something really special. We were all deeply immersed in music that we loved. None of us could believe our fucking luck, really. (Jeff Barrett)

It was thirty years ago today - or thereabouts - that Heavenly came to be. In celebration of this big ol’ birthday comes Believe in Magic - a chronicle not only of Foxbase Alpha, Working Men’s Club and 28 of the releases in between that got the label to where it is today, but also of the haircuts, nights down the pub, pencil-eraser-carvings, cheese toasties, acid houses, Sunday Socials and lost Weekenders - Yorkshire and otherwise - that are as much a part of its story.

As Jeff Barrett puts it at the beginning of the book, if there’s a continuous theme that runs through all of this, I think it’s that everything comes down to conversations with people about music. It might seem like it all starts with someone on one side of the counter who is selling you something, or someone writing excitedly in a magazine telling you about a band you need to hear, but I don’t think I’ve ever really seen things as one-way transactions. It’s more an ongoing dialogue, one that never really stops and helps to build up this growing soundtrack to our lives, something that’s passed from one person to another. That’s really the ever-present thread. That’s why we still believe in magic.

Though we are three decades distant from The World According to Sly and Lovechild, lineup changes, ups, downs, and a good few office cleanups under the label’s belt, the Heavenly firm continue not to believe their fucking luck; at still being here, keepin’ on keepin’ on doing what they love, and at being able to pass all of this - then, now, and next week - on to you.