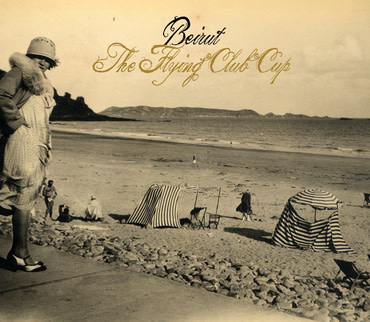 Since the release of Gulag Orkestar which was constructed in a teenagers new mexico bedroom in 2006, Beirut, aka Zach Condon, has become a household name. Six months of recording has led to lush and charming The Flying Club Cup, a love letter to French culture, fashion, history, and music. Most of the album was created at a nondescript Albuquerque office space, aka A Hawk and a Hacksaw's practice room; Heather Trost plays violin and viola on three songs. engineering and production assistance came from Griffin Rodriguez (a hawk and a hacksaw, man man). Additional recording was done with Owen Pallet at the masonic church studio owned by the Arcade Fire.